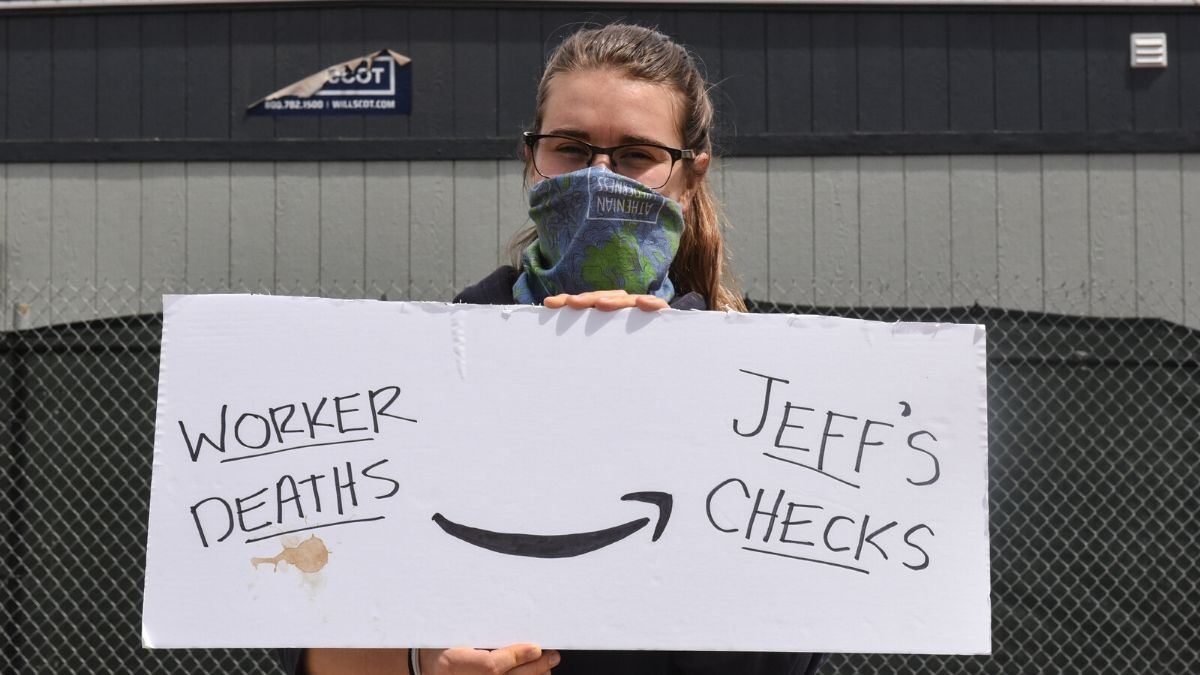 An Amazon worker at a warehouse in New York where employees called for greater coronavirus safety measures has died of COVID-19, the e-commerce giant said on Tuesday. “We are deeply saddened by the loss of an associate at our site in Staten Island, NY,” Amazon spokesperson Lisa Levandowski said in a statement emailed to AFP.

“His family and loved ones are in our thoughts, and we are supporting his fellow colleagues,” she added.

Amazon has become a lifeline for consumers facing lockdowns and restrictions around the world, and the company is in the process of adding some 175,000 new employees to cope with surging demand.

But the company has also faced protests from warehouse workers and activists who claim Amazon has failed to do enough to keep them safe.

More than a dozen demonstrators, including employees and activists, protested outside the Staten Island warehouse last week.

In March, New York Attorney General Letitia James called for an investigation after Amazon fired employee Chris Smalls after he organized a walkout of workers at the warehouse.

Smalls claimed the company was failing to take precautions to protect warehouse staff from COVID-19, and said that between 50 and 60 employees at the facility had contracted the illness.

Amazon said Smalls was fired after he went to work after coming in contact with someone who had contracted the virus, in a violation of quarantining rules.

Amazon insists it has invested to protect staff and says the rate of infection at the Staten Island facility is significantly below the community rate.

On Monday, Tim Bray, an Amazon vice president, said he had resigned in protest at company sacking three staff who spoke out against treatment in warehouses.

In France, Amazon has been locked in a battle with labour unions which say not enough was done to mitigate contagion risk for staff working in close proximity to process a flood of orders amid the nationwide lockdown.

France’s labour ministry said it had denied a request by Amazon for emergency funds to pay employees during the coronavirus crisis after the US behemoth shut its warehouses following a court order to sell only essential items.