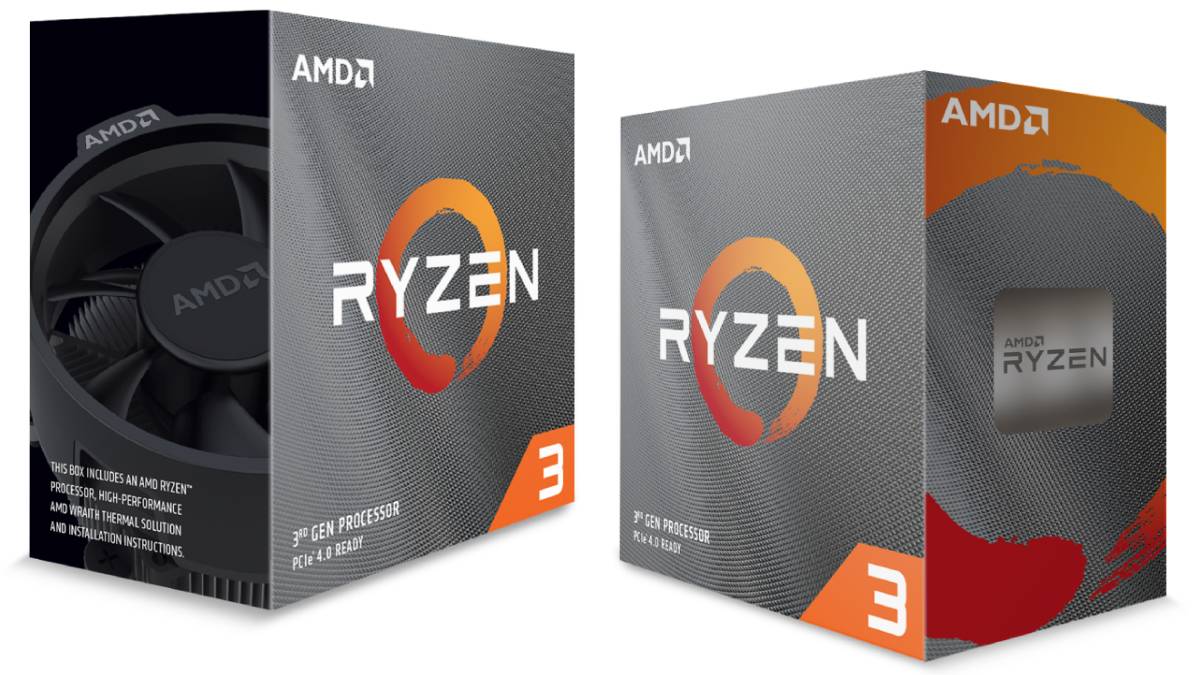 AMD has fleshed out its desktop Ryzen 3000 CPU family with the new Ryzen 3 3300X and Ryzen 3 3100 models, aimed at entry-level gamers, content creators, and home and office users. Both are based on the same ‘Zen 2’ chiplet architecture and 7nm manufacturing process as their Ryzen 5, Ryzen 7, and Ryzen 9-series counterparts. These are both quad-core models and do not feature integrated graphics capabilities. The Ryzen 3 3100 is priced at $99 (approximately Rs. 7,600 before taxes) and the Ryzen 3 3300X will cost $120 (approximately Rs. 9,200).

AMD promises improved multitasking performance thanks to the use of multi-threading, which previous generations did not have. The company indicates improvements of up to 20 percent in gaming and up to 75 percent in content creation tasks compared to Intel’s equivalently priced offerings.

AMD is also introducing its value-focused B550 chipset, which will power lower-end motherboards and will live alongside the X570 which is aimed at high-end gamers, overclockers, and enthusiasts. The B550 introduces support for PCIe 4.0 to the lower end of the market. According to AMD, over 60 motherboard models from Asus, Gigabyte, ASRock, MSI, and Biostar based on the B550 are currently in development.

The new Ryzen 3 3300X and Ryzen 3 3100 CPUs are expected to go on sale in May, although availability might be affected by the ongoing global coronavirus pandemic. Motherboards featuring the B550 chipset should launch in mid-June. The prices and availability in India are yet to be confirmed.