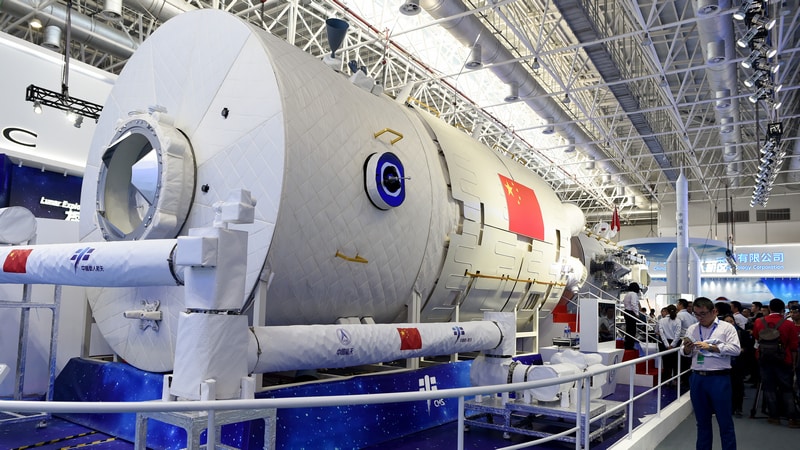 China plans to send four crewed space missions and the same number of cargo craft to complete work on its permanent space station within about two years, officials said after the launch of a newly designed spacecraft aboard the latest heavy-lift rocket.

The announcement by the country’s crewed space program further cements China’s aspirations to rival the US, Europe, Russia, and private companies in outer space exploration.

The unmanned spacecraft and its return capsule were flung into space aboard a Long March 5B rocket in its debut flight Tuesday evening from the Wenchang launch centre in the southern island province of Hainan.

The capsule is reportedly an improvement on the Shenzhou capsule based on the former Soviet Union’s Soyuz model and can carry six astronauts rather than the current three.

China earlier launched an experimental space station that later crashed back through the atmosphere, and plans to build a larger facility with multiple modules to rival the scale of the International Space Station.

China’s burgeoning space program achieved a milestone last year by landing a spacecraft on the largely unexplored dark side of the moon and has plans to launch a lander and rover on Mars.

The program has developed rapidly, especially since its first crewed mission in 2003, and has sought cooperation with space agencies in Europe and elsewhere.

The US, however, has banned most space cooperation with China out of national security concerns, keeping China from participating in the International Space Station and prompting it to gradually develop its own equipment. The new Long March 5B rocket has been specially designated to propel modules of the future space station into orbit.

China is also among three countries planning missions to Mars for this summer. The United States is launching a lander, China has a lander-orbiter combo, and the United Arab Emirates is sending an orbiter.

Spacecraft can only be launched to Mars every two years, to take advantage of the best possible line-up between Earth and its neighbouring planet.