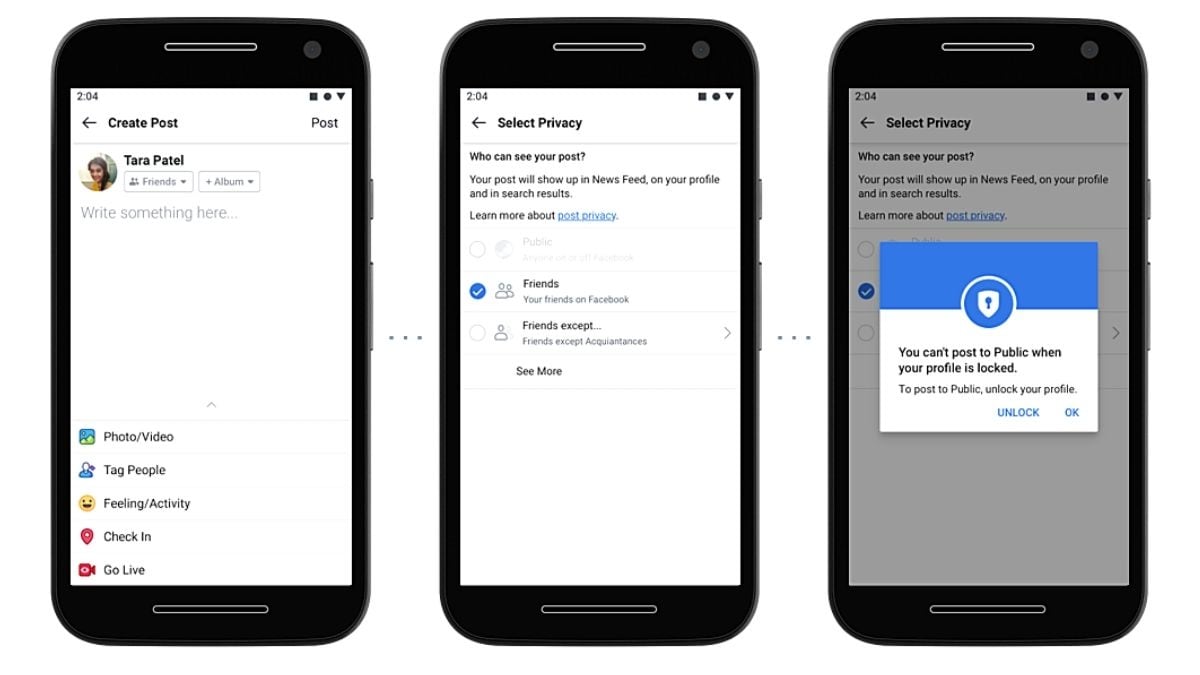 Facebook says that the lock profile feature adds an extra layer of security to the profiles on the platform. When the feature is enabled, non-friends cannot zoom in, share, or download users’ full-size profile picture and cover photo. Similarly, old and new posts can also be not seen by non-friends if the security feature is on.

While Facebook already provides several privacy options that offer similar security enhancements, the new feature will essentially make things much easier, especially for people who find it hard to navigate plethora of privacy options on the platform.

“We are committed to providing a safe platform for people to express themselves, Ankhi Das, public policy director, Facebook India said in a statement. “We are deeply aware of the concerns people in India, particularly women, have about protecting their online profile. Today, we are announcing a new feature which, in one easy step, will give people a lot more control, ensure their privacy and keep them safe and secure online.”

It is also important to note that once users enable the new feature, all the old public posts can only be viewed by friends. It is unclear whether non-friends will be able to send messages via Messenger if the security feature is on. Facebook in the statement also stated that a blue badge will be added to the profile page to remind that profile is locked.

As mentioned, the feature is slowly being rolled out to the users in India, however, its availability can be checked by tapping More under your Facebook name. If you spot the Lock Profile option, then it is available for you. Select Lock Profile and then tap Lock Your Profile again to confirm.