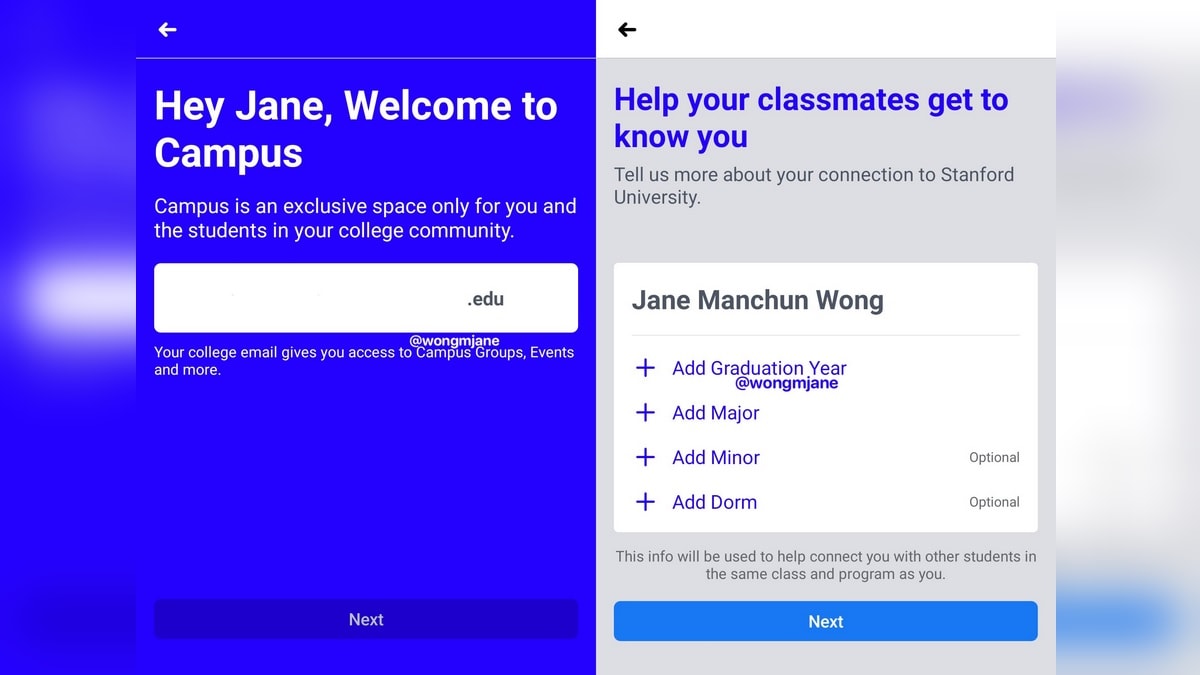 According to app researcher Jane Manchun Wong who spotted this upcoming Facebook feature, Campus will be an exclusive space for students within Facebook and it will offer access to the Facebook staples like Groups, Events, and more. Wong also shared a couple of screenshots showing the Campus in actions and these screenshots suggest that Campus would require a ‘.edu’ email ID to get access.

Additionally, as the screenshots suggest, Facebook will ask students to add like their graduation year, major, minor, and dorm to help them connect with other students.

As to if or when this feature will be rolling out, that is currently unknown. The post by Wong also does not specify if the feature was found after a particular update for the Facebook app. However, in a response to her own tweet, Wong said that a Facebook spokesperson told her that the company has nothing to announce at the moment.

Facebook was launched as ‘TheFacebook’ back in 2004 and was founded by Mark Zuckerberg and four of his college friends. The social networking service had around 2.5 billion monthly active users in 2019. Over the years, Facebook has expanded its portfolio by acquiring other social networking platforms like WhatsApp and Instagram.