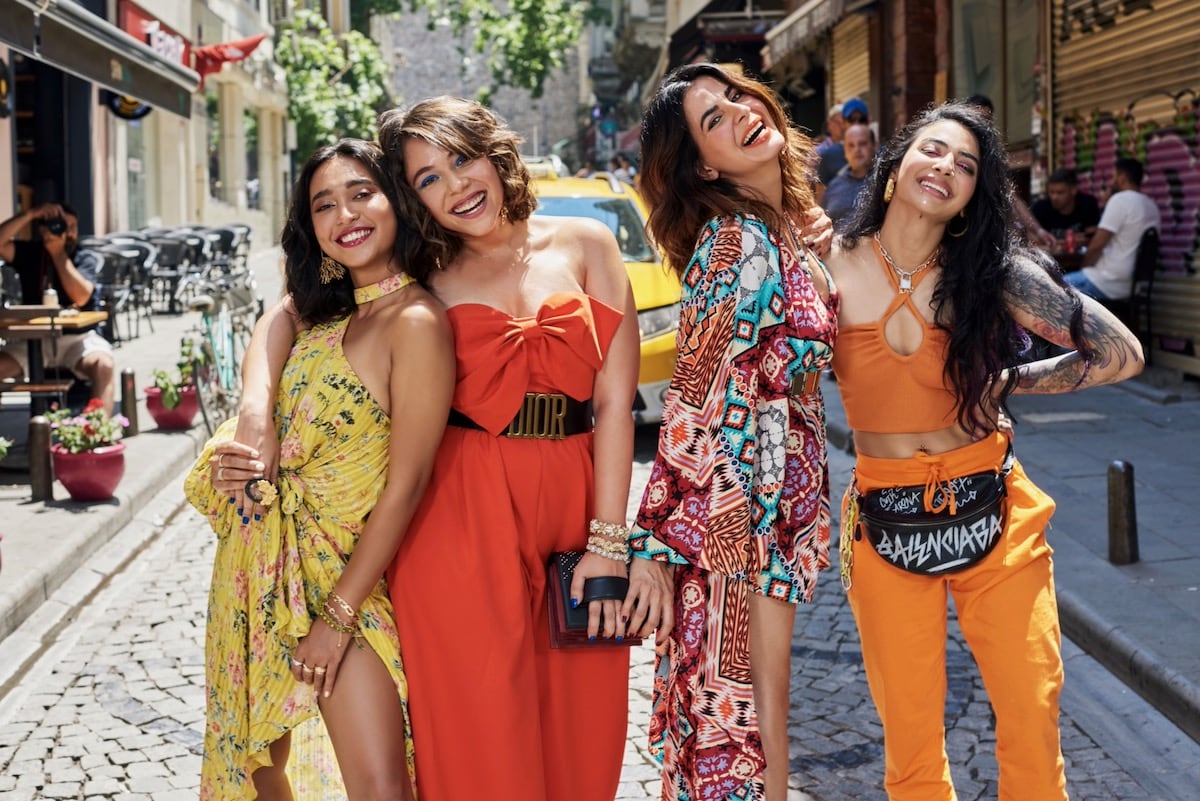 Four More Shots Please! will be back for more. Amazon Prime Video has renewed the romantic comedy-drama series for a third season, the streaming service announced on Friday, less than a month after the release of the second season. Actor-turned-director Tannishtha Chatterjee, whose debut film Roam Rome Mein is currently awaiting release, will be in the director’s chair for Four More Shots Please! season 3, with scripts and dialogues continuing to come from Devika Bhagat and Ishita Moitra, respectively.

In its renewal announcement, Amazon revealed that Four More Shots Please! season 2 has become its most-watched series from India in 2020. That means it has surpassed the likes of Kabir Khan-helmed war drama miniseries The Forgotten Army, the TVF-created Jitendra Kumar-starrer comedy-drama series Panchayat, black comedy miniseries Afsos from comedian Anirban Dasgupta, and the second season of comedy-drama Pushpavalli from comedian Sumukhi Suresh.

Four More Shots Please! season 2 failed to improve on any of its various faults from its debut season, even going so far to dial up some of its worst instincts, as we noted in our review. Despite a broad range of negative reviews, with Prime subscribers continuing to fuel viewership numbers, Amazon is clearly content in handing the same creative team of creator-showrunner Rangita Pritish Nandy and the aforementioned writers a third stab at depicting the dramatic lives of the central quartet, played by Sayani Gupta, Kirti Kulhari, Bani J, and Maanvi Gagroo.

“The first season was one of the top three most-watched Amazon original series from India in 2019, and season two has set yet another benchmark,” Prime Video’s head of Indian originals, Aparna Purohit, said in a mailed statement. “We are thrilled to be associated with Pritish Nandy Communications and are looking forward to another ground-breaking season.”

“In the new season, the unapologetically flawed girls will face even greater challenges and stereotypes thrown at them but all the while their friendship will be their driving force,” producer and Pritish Nandy Communications chairman Pritish Nandy said. “After the unconditional love received over two seasons not only by women but men as well, together with Amazon Prime Video we are pleased to bring our viewers a third season. The third season will pick up from where the four girls are left at the end of season two and will take forward their stories as they journey ahead in their career, relationships, love and, most importantly, the passion and beauty of their friendship.”

Chatterjee is best known for her British Independent Film Awards-nominated role in 2007’s Brick Lane. She has also had roles in 2012’s Anna Karenina, 2015’s Parched, and Angry Indian Goddesses, and 2016’s Lion. Chatterjee stars in her directorial debut Roam Rome Mein alongside Nawazuddin Siddiqui. It toured film festivals in Busan, Rome, and Mumbai last year, but has yet to receive a release date.

No release date has also been set for Four More Shots Please! season 3. It joins the cricket-themed drama Inside Edge in the three-season club on Prime Video.