Gamers Check Back in to Habbo Hotel as Coronavirus Refuge 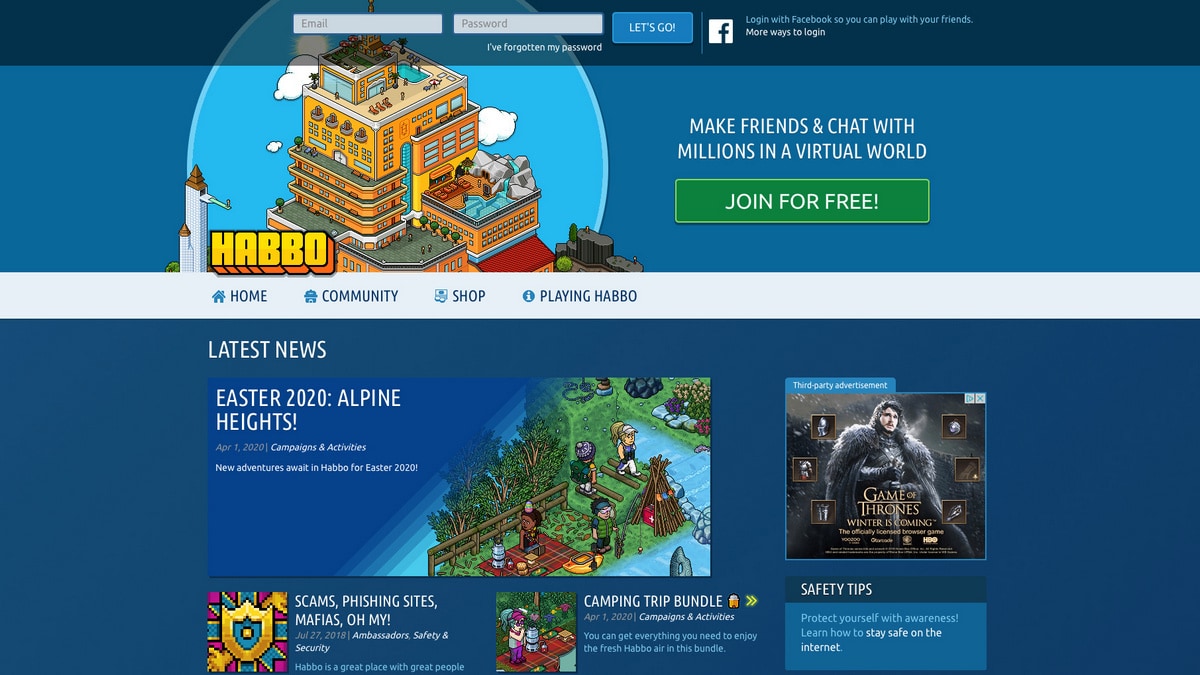 Habbo Hotel, a hit online networking game more than a decade ago, is drawing back hundreds of thousand of players as locked-down millennials look to rediscover a childhood favourite, its Finnish maker said.

“Our traffic has tripled over the past month. The exact user number growth figure is 213% since February 25,” game maker Sulake’s Chief Executive Valtteri Karu told Reuters, adding that this included hundreds of thousands of new and returning users.

Launched 20 years ago, Habbo Hotel gained a strong following among children and teenagers before it was eclipsed by social media sites such as Facebook by 2010.

With a layout reminiscent of classic video games, Habbo Hotel consists of rooms that players can decorate and where they can meet other players to chat or play games. They can also join virtual parties in search of new acquaintances.

One returning user is Pilvi Pitkaranta, a 23-year-old University of Tampere student who was an active player with her classmates about 10 years ago.

With all student events cancelled because of the coronavirus, Pitkaranta decided to organise a virtual party at Habbo Hotel. About 30 of her fellow students joined the party at the end of March.

“I thought it was a fun idea to organise a party there, also out of nostalgia,” Pitkaranta said.

Habbo Hotel has versions in nine languages, attracting most users in the Americas and Europe, Sulake’s Karu said.

“As the world has shut down, the more users have come along,” he added.

It remains to be seen if Habbo’s renewed popularity will last only as long as the virus.

As welcome a diversion as Habbo may be, Pitkaranta and her fellow students are looking forward to when they can enjoy some real-life partying, she said.