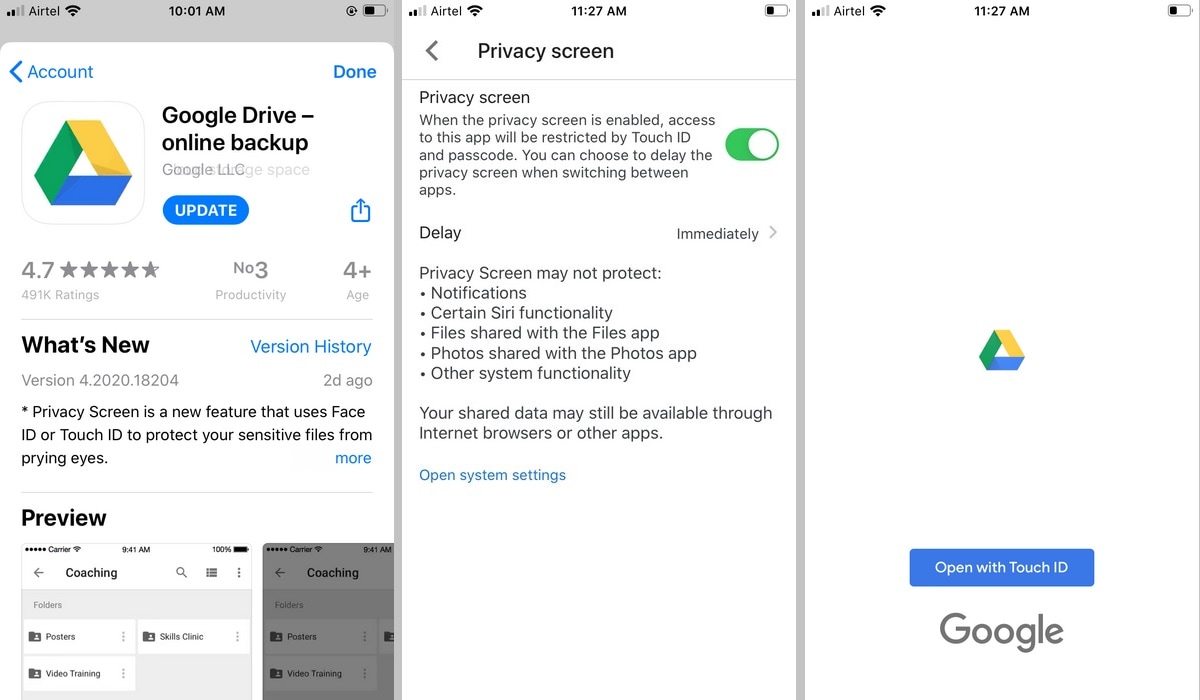 Google Drive has added a Privacy screen feature for its iOS and iPadOS apps. It is aimed at keeping your files secure by allowing you to require Face ID or Touch ID when launching the app. Earlier, there was no such layer of protection for the app. The new feature for the iPhone and the iPad app has been rolled out in the last few days and it is available in India as well. The feature was first announced last month, according to a report.

Google Drive’s new feature restricts access to the app using Face ID and Touch ID. This feature gets activated as soon as you switch to another app or lock the screen. However, you can also choose to delay the feature by 10 seconds, 1 minute, or 10 minutes, to ensure that you multi-task with ease.

To enable this feature, check for the update for Google Drive app on the App Store on your iPhone or iPad. After installing the update, open the app and go to Settings > Privacy screen and enable the feature. You can also choose the delay time as per your requirement.

Google said that the new feature may not protect Drive notifications, certain Siri functionality, files shared with files app, photos shared with the Photos app, and other system functionality. Also, the data that has been shared will not be protected.

The feature started rolling out this month but according to a report on Digital Trends, it was announced mid-April itself.

The Google Pay app in India has a similar feature to Privacy Screen. However, unlike Google Drive, you cannot disable the authentication requirement on Google Pay app.