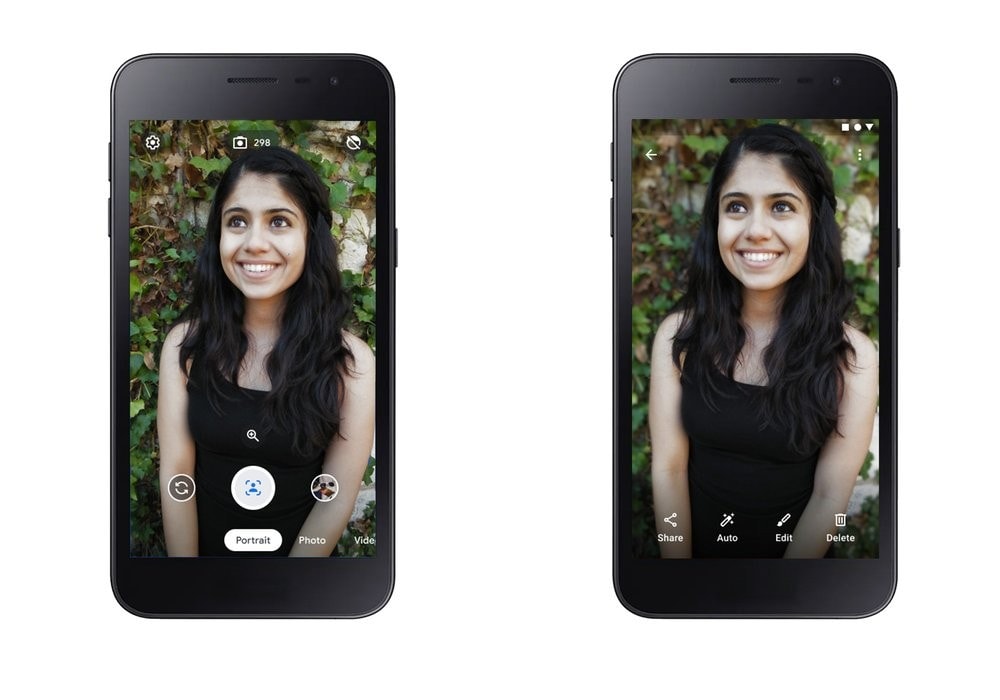 Google has introduced a new Camera Go app for Android Go phones. This new app will first be seen on the newly launched Nokia 1.3, and it is essentially made for people using smartphones for the first time. The app offers a simple and clean interface that is easy to understand and use. There are features like Portrait mode that offer good quality end results. The tech giant also announced that there are now more than 100 million active Android (Go edition) devices around the world.

The Camera Go app will be available in 28 countries at launch, and it will arrive first on the Nokia 1.3 phone. More Android Go devices are slated to get the new camera app eventually. The Camera Go app is deeply integrated into the phone’s camera module and is not just photo filtering on top. It allows for entry-level phones to take ‘Portrait Mode’ photos – a feature that is currently found on mid-range and premium segment of phones. “That’s a first in this class of devices. It democratizes photography for the entry-level,” Arpit Midha, Product Manager Lead for Google, says in the blog.

Google says that Android Go is available on more than 1,600 device models, and is active in more than 180 countries. The company also revealed that 53 percent of people who use Android Go phones in Kenya are women. Apart from the new Camera Go app, Google has also introduced a set of user privacy features. There’s a new mode within Google Go that lets people search without their searches being saved to their account, and Gallery Go now leverages on-device machine learning to help people organize photos without ever sending data to the cloud.

This announcement comes soon after the Nokia 1.3 Android Go phone became official. The phone is slated to go on sale in April, and it is priced at EUR 95 (roughly Rs. 7,600). The phone packs an 8-megapixel rear camera with Google’s Camera Go app integrated. Other specifications include 1GB RAM, 16GB storage, Snapdragon 215 SoC, and 3,000mAh battery.