Google’s ‘Smart’ Cable Will Let You Issue Commands With a Squeeze, Tap, or Twist 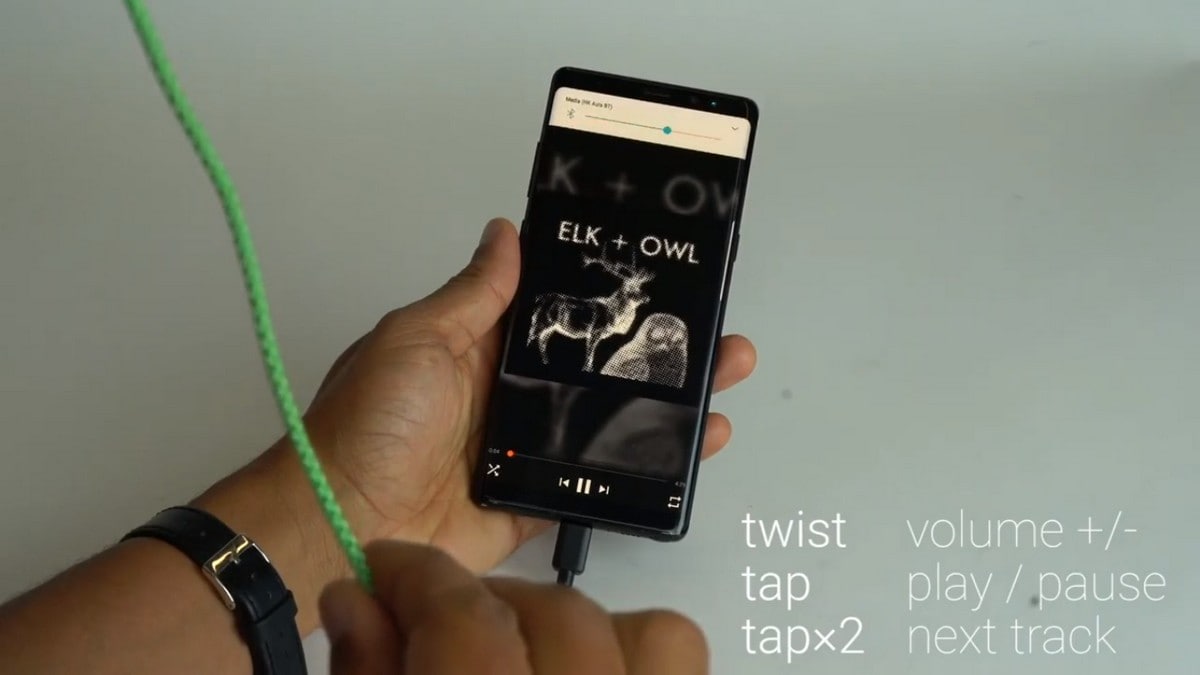 Google’s latest experiment in the fusion of textile and technology is quite interesting and may allow for a future where normal cords and cables can be used to issue commands to electronic devices. The company claims that braided fibres can be combined with machine learning to enable gesture commands for stuff like headphone cables and more. The company has detailed in its new research how such a braided cable in a headphone cord can let users control media by simply tapping, pinching, squeezing, or twisting it.

Google’s research builds on the company’s previous interactive e-textile architecture experience. It has developed a new product called I/O Braid that is essentially a combination of touch-sensing textiles and fibre optics. I/O Braid can sense the input being given by the user and can also give visual feedback. It uses Google’s helical sensing matrix (HSM) to enable sensing capabilities.

“Whereas cords can be made to detect basic touch gestures through capacitive sensing, we developed a helical sensing matrix (HSM) that enables a larger gesture space,” Google said in a blog post. “The HSM is a braid consisting of electrically insulated conductive textile yarns and passive support yarns, where conductive yarns in opposite directions take the role of transmit and receive electrodes to enable mutual capacitive sensing. The capacitive coupling at their intersections is modulated by the user’s fingers, and these interactions can be sensed anywhere on the cord since the braided pattern repeats along the length.”

Google says I/O Braid can sense six different interactions on the cable including twist, flick, slide, pinch, grab, and pat. Google is still experimenting with the technology and it will take some time before a more refined version can be released as a part of mass-market products.

The company says that the results of the experiment so far have been encouraging. It recorded a gesture recognition accuracy of nearly 94 percent in the I/O braid. It even said that the e-textile’s twisting is “faster than existing headphone button controls” and “comparable in speed to a touch surface”. In the future, the technology could be used in several ways like adding touch and gesture controls on a headphone cord, hoodie drawstring or a smart speaker cord.

About the future of the technology, the tech giant said, “We hope to advance textile user interfaces and inspire the use of microinteractions for future wearable interfaces and smart fabrics, where eyes-free access and casual, compact and efficient input is beneficial.”