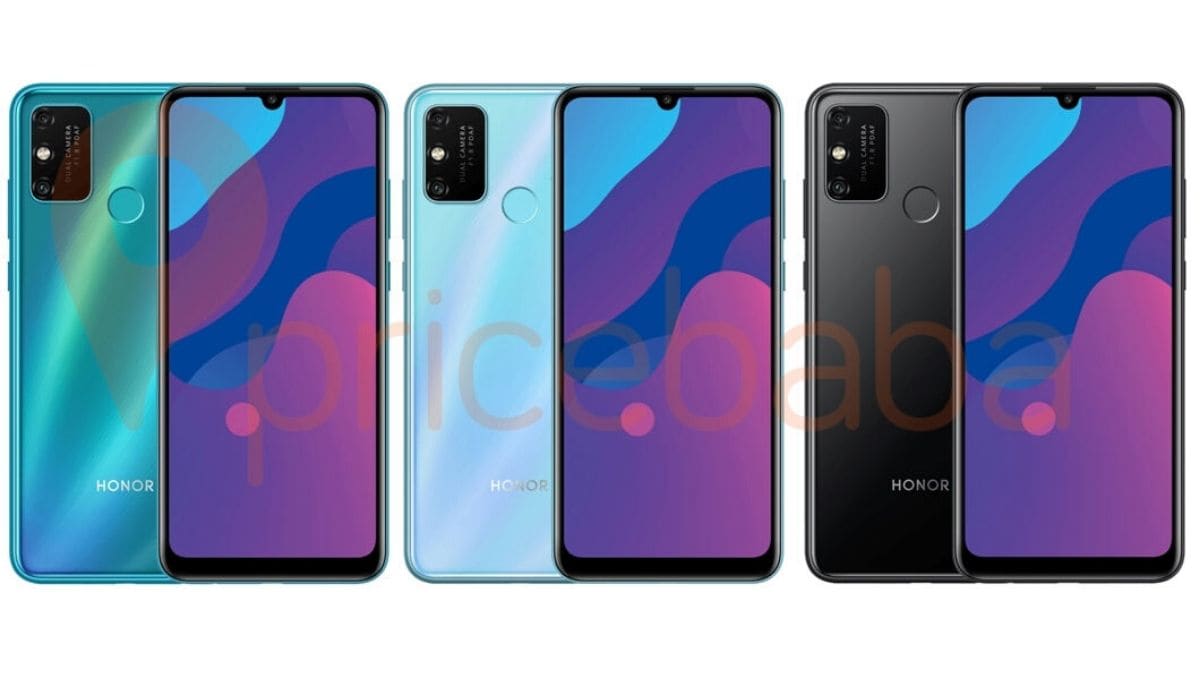 Honor Play 9A is rumoured to be Huawei sub-brand Honor’s upcoming budget smartphone and the successor of Honor Play 8A that was launched last year. A new report in collaboration with a serial tipster suggests the presence of a waterdrop-style notch and a dual rear camera setup via the alleged renders of the rumoured smartphone, while another report highlighted its features after the observing the specifications on the Chinese TENAA certification website. Honor is yet to say anything officially about the launch of Play 9A.

As per the alleged renders shared by Pricebaba in collaboration with tipster Ishan Agarwal, Honor Play 9A is slated to come with a 6.3-inch IPS display with a waterdrop-style notch. The report also added that the volume rockers and power button will feature on the right edge of the smartphone and the 3.5mm audio jack and charging port will be available at the bottom. On the rear side, the alleged renders show that phone will pack vertically-stacked dual camera setup along with a fingerprint scanner right next to it.

Under the hood, the Honor Play 9A is rumoured to be powered by the MediaTek Helio P35 SoC and backed by 4GB of RAM. The Pricebaba report added that users will have the option to choose the phone in 64GB and 128GB storage variants. In terms of the cameras, Honor Play 9A is said to come with a 13-megapixel primary camera and a 2-megapixel secondary camera on the back. The waterdrop notch on the front is suggested to house an 8-megapixel camera. Lastly, the phone is rumoured to be powered by a massive 5,000mAh battery, but will likely offer the standard 10W charging.

Meanwhile, a report by MySmartPrice citing specifications from the China’s TENAA regulator website claimed that Honor Play 9A will measure 159.07×74.06×9.04mm and will run on Android. The report highlighted features similar to what was claimed by Pricebaba, however, the phone in this report is said to come with a 4,900mAh battery. The model number of the smartphone is also unclear, however, the identical specifications were spotted on model numbers MED-AL20 and MOA-AL20 on TENAA.

Neither of the latest leaks hinted at the price of Honor’s rumoured budget smartphone. However, by looking back at Honor Play 8A that was launched in January 2019, we can assume that Honor Play 9A will be priced somewhere around Rs. 10,000. The Honor Play 8A was also never officially launched in India, therefore, the rumoured successor’s arrival in India is unlikely.