How Game of Thrones Creators Ended Up Inside Westworld 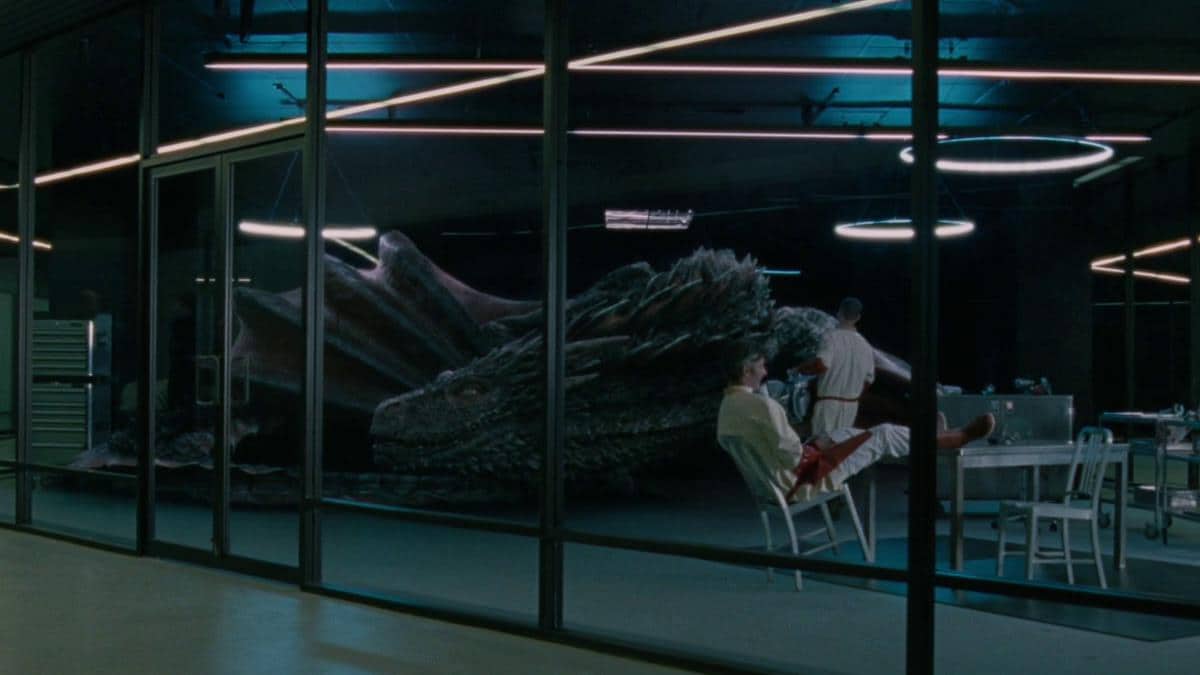 Game of Thrones creators David Benioff and D.B. Weiss made a cameo appearance on Westworld season 3 episode 2 “The Winter Line” — which aired Sunday in the US— looking like a pair of lab technicians who work in the park. If you didn’t spot them, they were the ones with the dragon. Yes, that’s them above. If, like us, you were wondering how the Game of Thrones creators ended up inside another HBO show, Westworld creators Jonathan Nolan and Lisa Joy said that they just wanted to hang out with them — and that it all stemmed from a joke George R.R. Martin made.

“George R. R. Martin had long joked about wanting a crossover between Game of Thrones and Westworld,” Joy told IndieWire in an interview. “Somehow, he must have incepted that idea in our heads, because when it was time to explore, to have [Ashley] Stubbs (Luke Hemsworth) and Bernard [Lowe] (Jeffrey Wright) run through this world, we knew that we had to have fun with it.”

Nolan added: “Over a beer, we pitched them a silly idea and they very graciously said yes. It was really more an excuse to hang out on set together. They’ve been very kind to us over the years. We could not be making our show if they had not blazed the trail of gigantically ambitious cinematic television.”

“The idea of taking these great pals and humiliating them in these white suits, and to bring their little pet [dragon] over to play was too good to pass up,” Joy said, and added with a laugh: “We like to take our good friends and traumatise the shit out of them with night shoots and make them stay up all night.”

In addition to Benioff, Weiss, and a dragon, Westworld season 3 episode 2 also featured hosts in Game of Thrones attire, practising their mannerisms and playing an instrument. Game of Thrones-type clothes and items can also be seen behind Bernard when he plugs himself into the system. Moreover, Bernard refers it to as “Park Four” when they enter, which means it’s not open to the public yet.

Westworld season 3 is streaming on Disney+ Hotstar in India. New episodes arrive Monday at 7:30am IST.