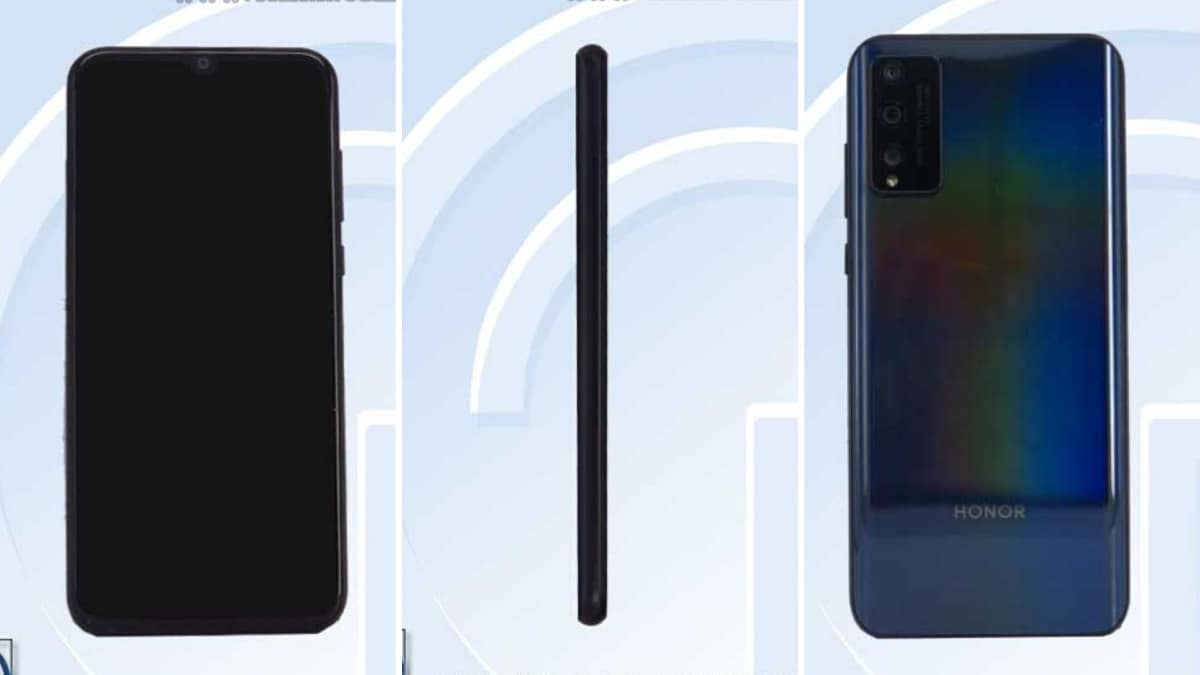 Huawei had last week listed a mid-range smartphone with Chinese regulator TENAA, under the AQM-AL10 model number. Now, the same listing has been updated with actual images of the device, which show an Honor branding on the bottom of the phone’s back panel. Since the erstwhile Huawei mid-ranger has now been uploaded with an Honor branding, it is being speculated that this could be the Honor 30 Lite from the company’s Honor 30 range of smartphones. Honor is said to launch the Honor 30 series of smartphones in April.

Up front, the listing hints at a 6.3-inch OLED display with a 2,400×1,080 pixels resolution on the alleged Honor 30 Lite. The phone houses a waterdrop notch up front that will house the front camera. The TENAA listing further hints at an octa-core processor clocked at 2.27GHz without mentioning the kind of processor the alleged Honor 30 Lite will house. The listing says that the phone will come in two RAM options – a 6GB and an 8GB variant, along with two storage options of 128GB and 256GB. The listing, however, shows that the phone will come with a rather outdated Android 9.

The rumoured Honor 30 Lite will come with a 3,900mAh battery which will support 22.5W fast charging, according to the TENAA listing.