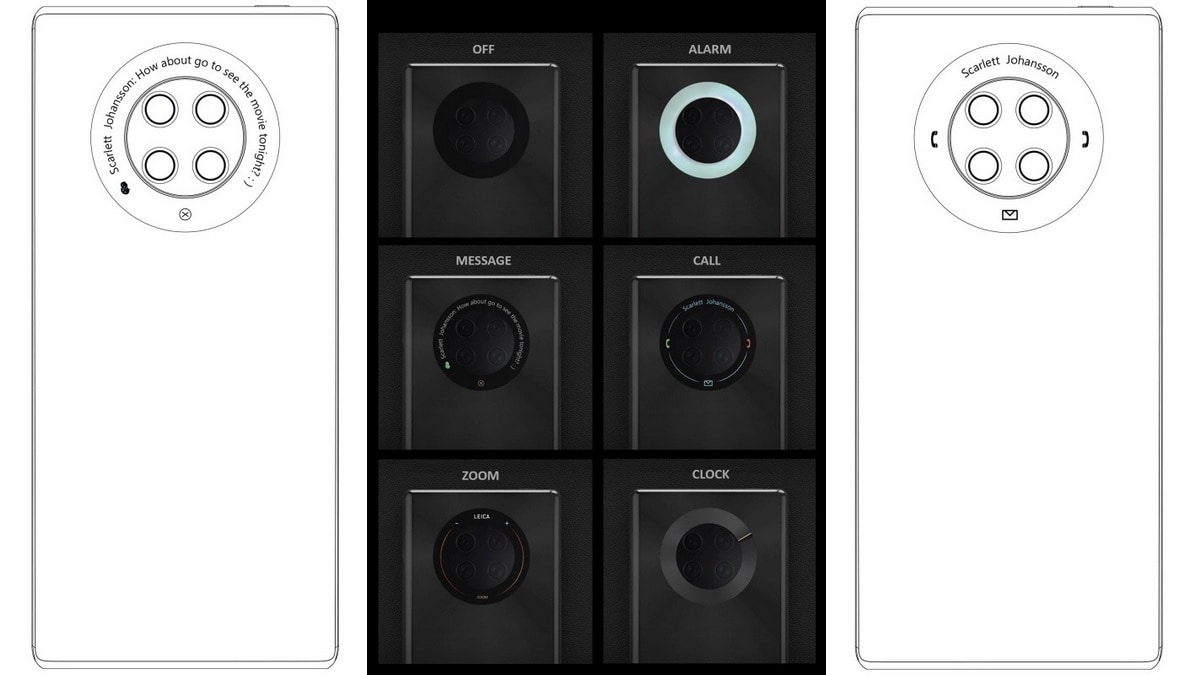 Huawei Mate 40 series, which is believed to be the company’s upcoming flagship lineup of phones, might come with a round trim around the rear cameras that doubles as a touch display. The Chinese company has reportedly filed a patent application that suggest an intuitive circular touch display around the quad rear camera setup. The functions of the screen seem to change according to the use case which includes receiving messages, calls, and alarms, among others. The images also show that the alleged Huawei Mate 40 series will follow the same design for the cameras as the Huawei Mate 30 series.

From the images shared in the application filed with Global Design Database of the World Intellectual Property Office (WIPO), it can be seen that the secondary circular touch display changes according to the usage. For example, if the user gets a new message, it will be displayed in the ring on the back, so they don’t need to pick up the phone if they don’t want to. Similarly, in case of calls, the ring display will show the name of the person who is calling and will give the option to receive or decline the call.

Some other use cases shown in the patent application include controlling the volume with the swipe of a finger, flipping pages, zooming in and out when in the camera, using it as a clock, and an alarm. It can also be turned off which makes it go completely dark.

The images on the patent application, which was filed in July 2019 and registered this month, also show other angles of the alleged Huawei Mate 40-series phone. There is a notch on the front that will likely house the front camera. The USB Type-C port can be seen on the bottom, flanked by the speaker grill to the left and the SIM card tray to the right.

The Huawei Mate 40 series will be reportedly launched around September or October but there is no news of the announcement by the company itself.