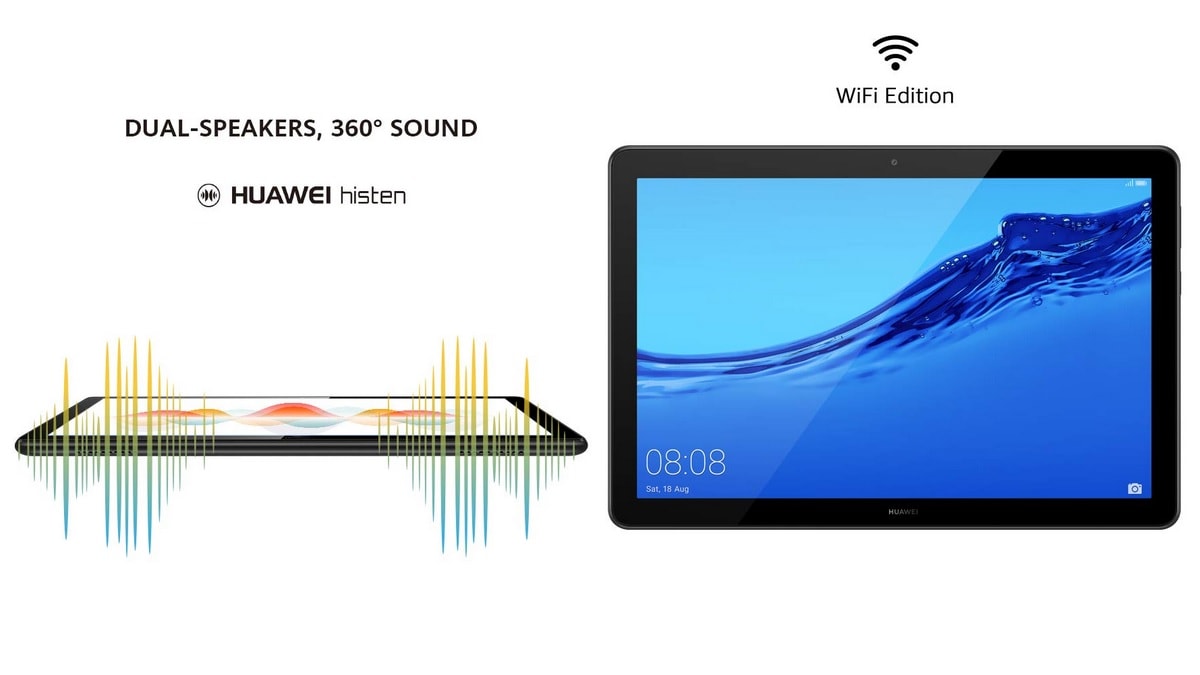 Huawei MediaPad T5 Tablet WiFi Edition is now available for purchase in India on Amazon. The MediaPad T5 was originally launched in India in July 2019 with LTE connectivity and now, the Wi-Fi edition has been made available through the e-commerce website. The Huawei MediaPad T5 Tablet WiFi Edition has the same core specifications as the original MediaPad T5, without the LTE connectivity. It comes with a 10.1-inch full-HD display and an octa-core processor and is listed on Amazon with only one RAM and storage configuration.

The Huawei MediaPad T5 WiFi Edition is available with 3GB of RAM and 32GB of storage for the price of Rs. 12,999 exclusively on Amazon. It comes in a single Black colour option. Huawei says in its press release that buyers can get six months no cost EMI and Huawei AM61 Bluetooth earphones worth Rs. 3,990 with the MediaPad T5 Tablet WiFi Edition. Both the MediaPad T5 and MediaPad T5 + Wireless Headsets variants are listed on Amazon.

Deliveries for non-essential items such as smartphones and tablets in the country have now been allowed in Green, Orange, as well as Red zones, with the only exception being the containment zones.

There is a 5-megapixel rear camera with f/2.4 aperture and a 2-megapixel front shooter with f/2.4 aperture. The tablet is backed by a 5,100mAh battery and comes with 32GB of onboard storage that is expandable via microSD (up to 256GB) card. For connectivity, you get dual band Wi-Fi, Bluetooth v4.2, GPS, and a Micro-USB port for charging. The MediaPad T5 Tablet WiFi Edition by Huawei measures 243x164x7.8mm and weighs 460 grams.

It has dual speakers and a metal body. The tablet comes with Huawei Share 2.0, split-screen mode, and Children’s Corner 2.0.