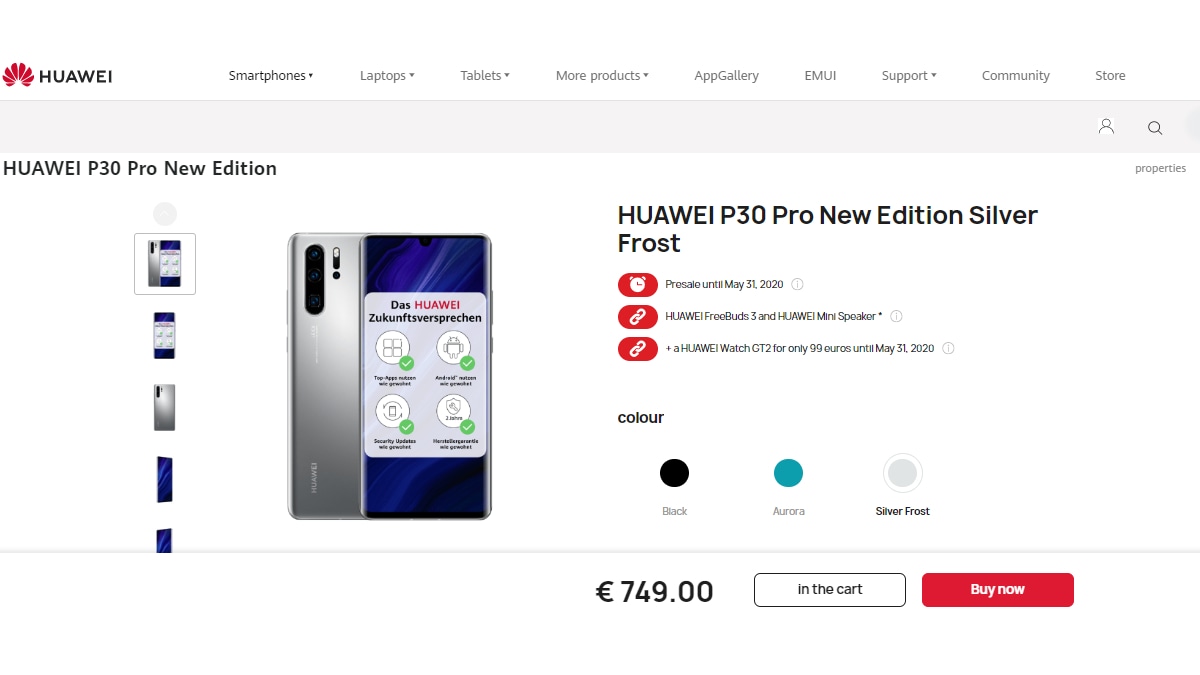 The Huawei P30 Pro New Edition is up for pre-sale in Germany with a price tag of EUR 749 (roughly Rs. 61,100) for the unlocked variant with 8GB RAM and 256GB of storage. It is on sale in Black, Aurora, and Silver Frost colour options. All those who pre-order get a Huawei FreeBuds 3 and Huawei Mini Speaker free. Pre-order customers can also opt to buy the Huawei Watch GT 2 alongside for just EUR 99 (roughly Rs. 28,500) extra. WinFuture was the first to report of this new product launch.