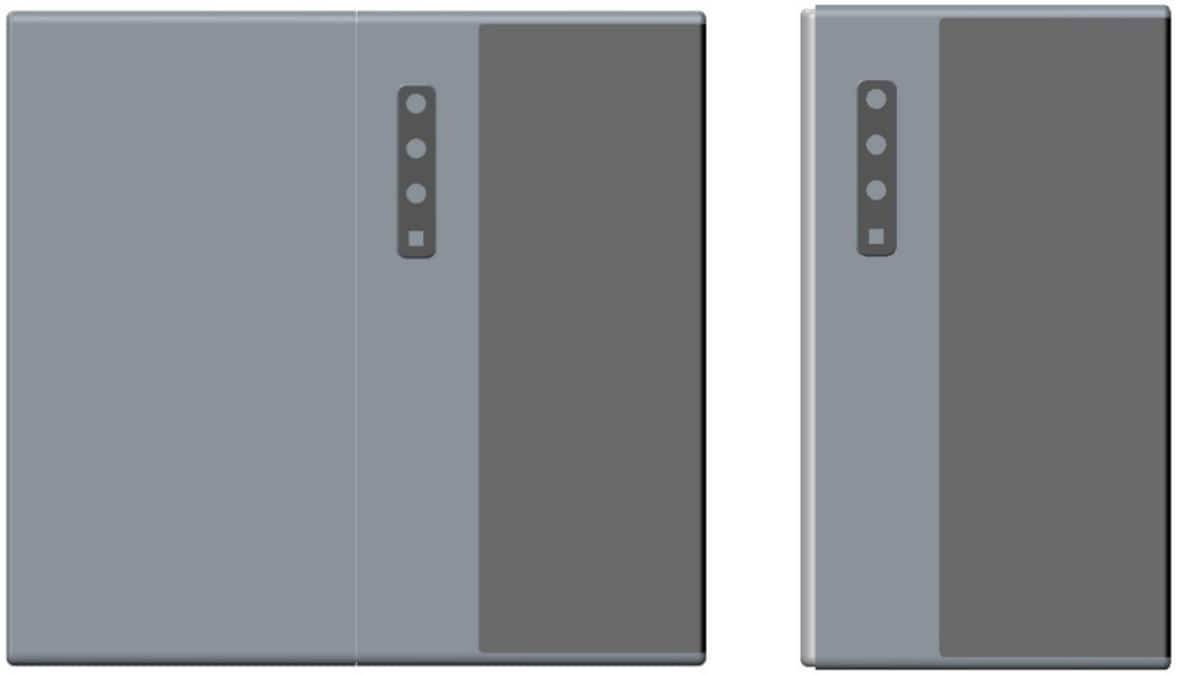 Huawei is right alongside Samsung at the vanguard of foldable phone technology and has so far launched two phones with its own take on the form factor. Now, the company has been granted a design patent by China’s National Intellectual Property Administration (CNIPA) that shows schematics of a new foldable phone with a fundamentally different folding mechanism compared to the Mate X and Mate Xs. Now, before you get your pulse racing, do keep in mind this is just a design patent and might not necessarily be launched as a commercial product.

Talking about the patent itself, it was filed back in July last year and was finally approved a day ago. The design schematics show an inward folding phone akin to Samsung’s Galaxy Fold. This marks a stark departure from the outward folding design on Huawei’s last two foldable phones – the Mate X and Mate Xs. But the similarities with Samsung’s offering don’t just end there. Just like the Galaxy Fold, Huawei’s foldable phone also has a cover display, but it is much larger and appears to have significantly thinner bezels. The patent application was first spotted by LetsGoDigital.

But there are a few key differences as well, the quad rear camera setup is positioned on the same side as the cover display, which means users won’t have to make any compromises when it comes to selfie and video call quality. Surprisingly though, the inner foldable display doesn’t appear to have any camera lens. However, it might change later during the product designing phase.

Talking about cameras, the schematics show a quad camera setup. If you look closely, you can see that the outline of the fourth camera lens makes a square. This is most likely the rough representation of a periscope camera system for a telephoto shooter with optical zooming capability. Notably, this is the first time we are hearing about Huawei working on a new foldable phone, so details about its name, specifications, and launch date are still a mystery.