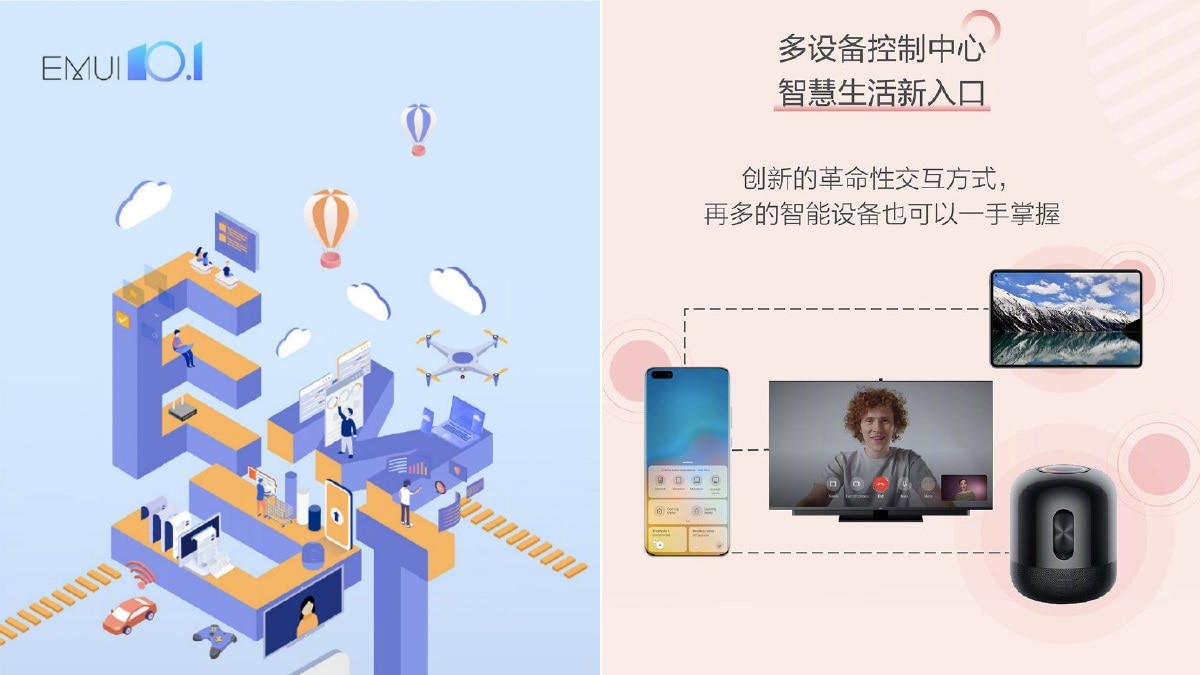 Huawei P40 series phones went official last week running the EMUI 10.1, the latest build of Huawei’s custom skin based on Android 10. The company has now revealed the rollout schedule of EMUI 10.1 internal beta testing for Huawei and Honor phones. But do keep in mind that the rollout plan listed below is only for China variants of the compatible devices, and it will be followed by a public beta testing before the stable build is released in China, followed by the international markets. Additionally, the company has also highlighted some of the new features arriving with EMUI 10.1 update.

As per a post on the official Huawei Club forum, the internal beta testing of EMUI 10.1 has already begun for the following phones and tablets:

Talking about features, EMUI 10.1 introduces a unified hub that allows users to control all connected AIoT devices from a single place. It will also offer suggestions for connecting to nearby devices. The latest iteration of Huawei’s custom skin also brings a multi-screen collaboration tool that will let users control their phone with a compatible laptop and will also offer quick file sharing, cross-device calling, and more. Huawei will also release the in-house MeeTime video conferencing app with EMUI 10.1 and the Celia AI assistant as well.