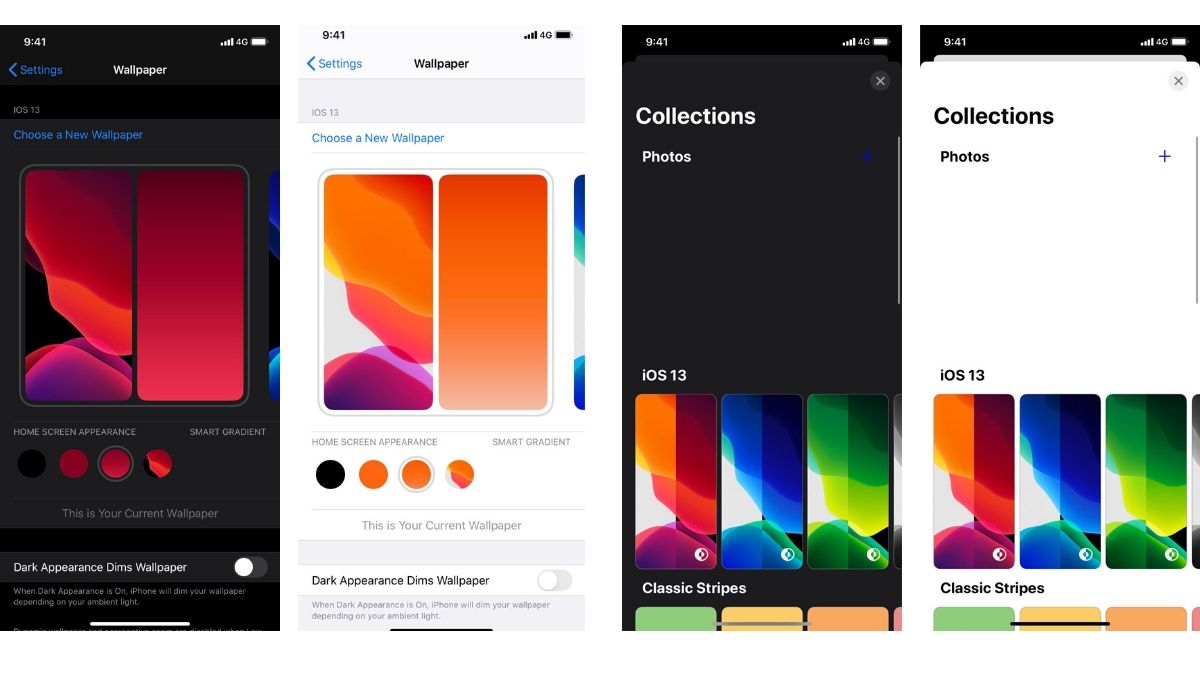 Twitter user @DongleBookPro, who often tips upcoming Apple features and products, posted screenshots of what might be the iOS 14 wallpaper settings panel. The new panel shows default Apple wallpapers separated by three kinds of collections – ‘Classic Stripes,’ ‘Earth and Moon,’ and ‘Flowers’. A new ‘Home Screen Appearance’ option was also seen in the screenshots posted by @DongleBookPro that will let users choose a dynamic background for their home screen.

According to a 9to5Mac report, these backgrounds include a flat colour, a blurry one and a dark version, which will be based on the current wallpaper.

The report also said that Apple might be working on bringing widgets to iPhone’s home screen with iOS 14. It said that instead of pinned widgets like on iPadOS 13, the new widgets on iOS 14 can be moved around on iPhone’s home screen. It was, however, added that this feature might not appear in the final version.

With home screen widgets in mind, setting a flat or a blurred background makes more sense as adding widgets over a regular photo might result in a cluttered home screen. iPhone users on iOS 13 can only add widgets on a separate screen.

The 9to5Mac report also said that Apple might be working on a new feature, being referred to as ‘Avocado’ internally. Without giving anything on what the feature might be, it said that this feature will be related to the Springboard app that is used to control the Home screen.