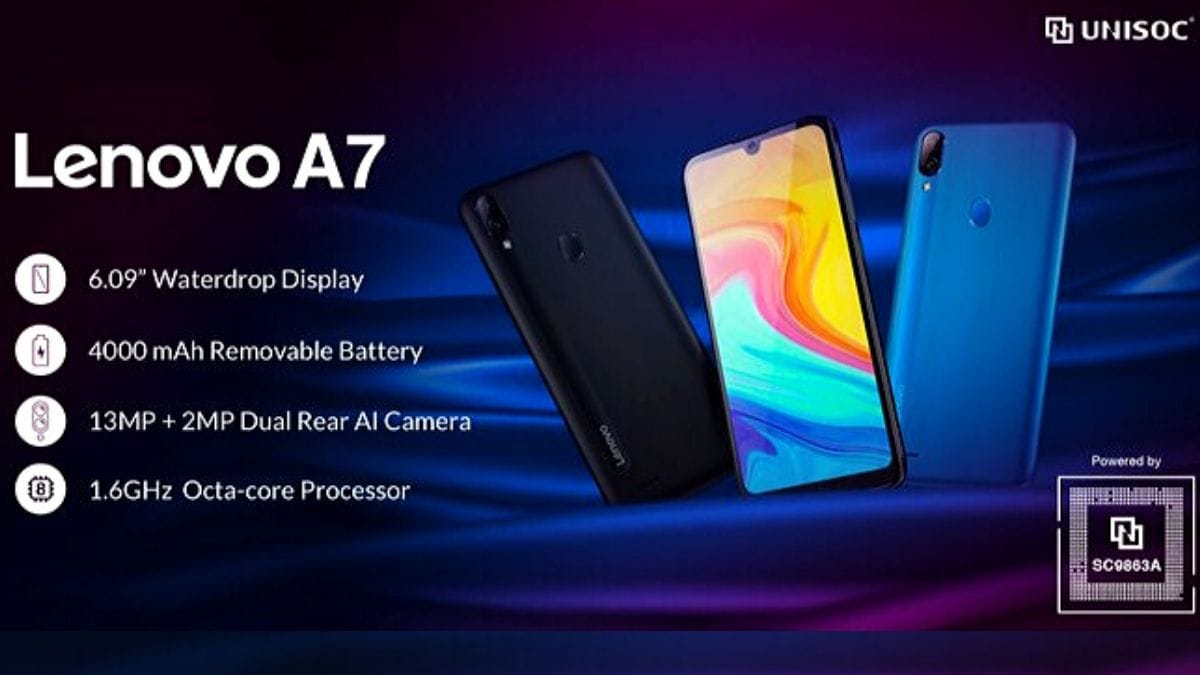 Lenovo A7 is confirmed to be the next smartphone in Lenovo’s A-series. The development was announced in a post on Twitter last week, where it was highlighted that the upcoming Lenovo A7 would feature a 6.09-inch waterdrop display along with dual cameras on the rear panel. The phone is also confirmed to pack 1.6GHz octa-core Unisoc (previously Spreadtrum) SC9863A SoC. Other features including the battery and the designs were also unveiled in the post. However, neither the launch date nor the price of the smartphone have been revealed.

According to the Twitter post by Unisoc, the Lenovo A7 would feature a 6.09-inch display with a waterdrop notch that will house the 5-megapixel front camera – similar to the Lenovo A6 Note that was last smartphone in the Lenovo A series and was launched last year. The new Lenovo smartphone will further come with a 4,000mAh removable battery.

Other specifications of the phone are said to include 13-megapixel and 2-megapixel cameras on the back with AI features. From the poster, we can also see the smartphone in Black and Blue colour options while the body is suspected to be made of polycarbonate material. There’s also a fingerprint scanner on the rear panel.

Lenovo A7 smartphone will be powered by Unisoc (previously Spreadtrum) SC9863A SoC. The RAM and storage capacity of the smartphone are not specified in the post. But according to a report published last month, the new Lenovo A7 is expected to come with 2GB RAM and have HD+ (720×1,560 pixels) resolution with 320ppi pixel density.

There is no word on the launch date or pricing of Lenovo A7 right now. More information is expected from the company in the upcoming weeks.