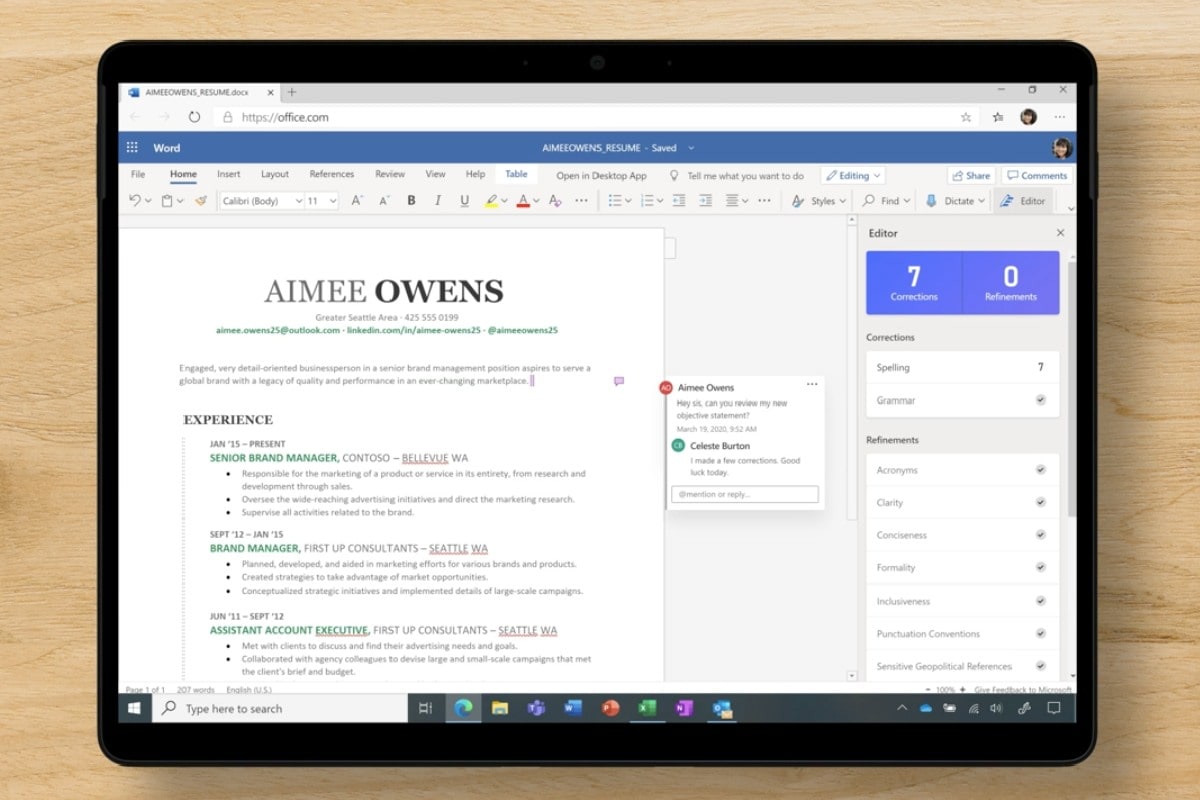 As announced late last month, Microsoft 365 upgrades Office 365 with the new experience that includes an updated Microsoft Edge browser with a Password Monitor tool. You’ll also get an artificial intelligence (AI) powered Microsoft Editor that will help you improve your writing with advanced grammar and style refinements such as rewrite suggestions and additional style critiques. The Microsoft Editor service is available as a standalone browser extension for Microsoft Edge and Google Chrome. It can also be accessed through Microsoft Word and Outlook.com.

PowerPoint on Microsoft 365 also includes a PowerPoint Designer that includes auto-generated slide layouts and has the capabilities to improve presentations. Customers on the new service will also get access to over 8,000 images and 175 looping videos from Getty Images, 300 new fonts, and 2,800 new icons that all can be used in PowerPoint slides.

Specifically for Excel users, Microsoft 365 brings new data types for over 100 topics and various smart templates. The new Microsoft subscriptions are also bundled with Microsoft Teams for consumers app that will debut for end users later this year with features such as the ability to create groups and store information such as Wi-Fi passwords and account information. Further, there will be the Family Safety app for both Android and iOS users in the coming months with features to show screen time across Android, Windows, PCs, and Xbox devices and provide parental controls to protect kids from exploring new apps and online services.

Outlook on the Web will also get the feature to sync personal calendars. Additionally, Microsoft will offer Play My Emails on Android and iOS platforms and bring Microsoft Search support with natural language recognition for both Android and iPhone users.