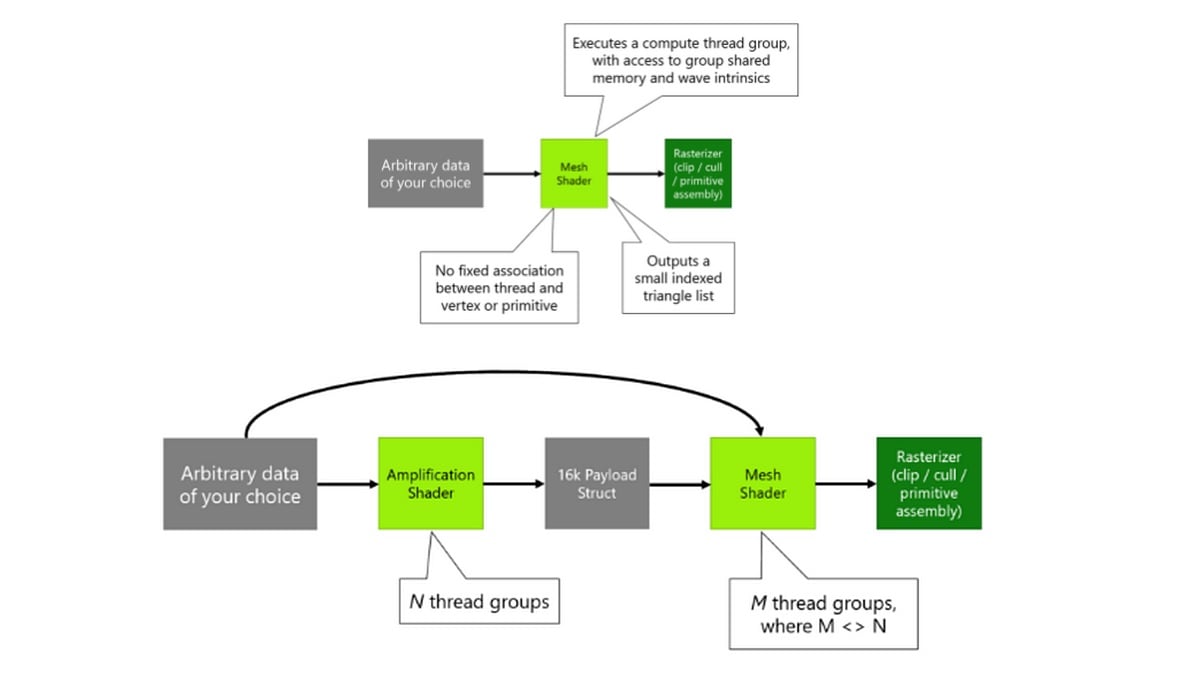 Microsoft has shared details of the new DirectX 12 Ultimate API on its blog where it gives a deep dive into what features it offers:

DirectX Raytracing (DXR) 1.1: Microsoft says it has taken into consideration developer feedback and worked on DirectX Raytracing 1.1 which now provides more tools to implement DXR. It adds capabilities like GPU doing the work without needing the help of the CPU, improvements to streaming DXR titles, and inline raytracing. With DXR 1.1, shaders in games will not require CPU intervention and can straight away be processed on the GPU and displayed. Inline raytracing, on the other hand, “gives developers the option to drive more of the raytracing process, as opposed to handling work scheduling entirely to the system (dynamic-shading).”

Variable Rate Shading (VRS): This feature allows developers to increase GPU power when required in game so if there is an important part in the game that needs better visuals, the GPU power can be ‘dialled up’. This also works the other way around meaning the GPU can be dialled back as well.

Sampler Feedback: This allows developers to only load in textures when needed which decreases load times and stuttering, and improves visual quality. It also brings Texture-space shading (TSS) which “de-couples the shading of an object in world space from the rasterization of the shape of that object to the final target.”

Mesh Shaders: Mesh shaders operate across an entire compute thread group rather than shading one vertex or one primitive. Mesh shader can now read any kind of format which can reduce memory usage and bandwidth that rendering generally requires.

The company announced DirectX 12 back in 2014 at the Game Developers Conference (GDC) which created a standard platform for game developers to build on across hardware from various brands.