Minecraft With Nvidia RTX for Windows 10 Beta Is Live: Here’s How to Download 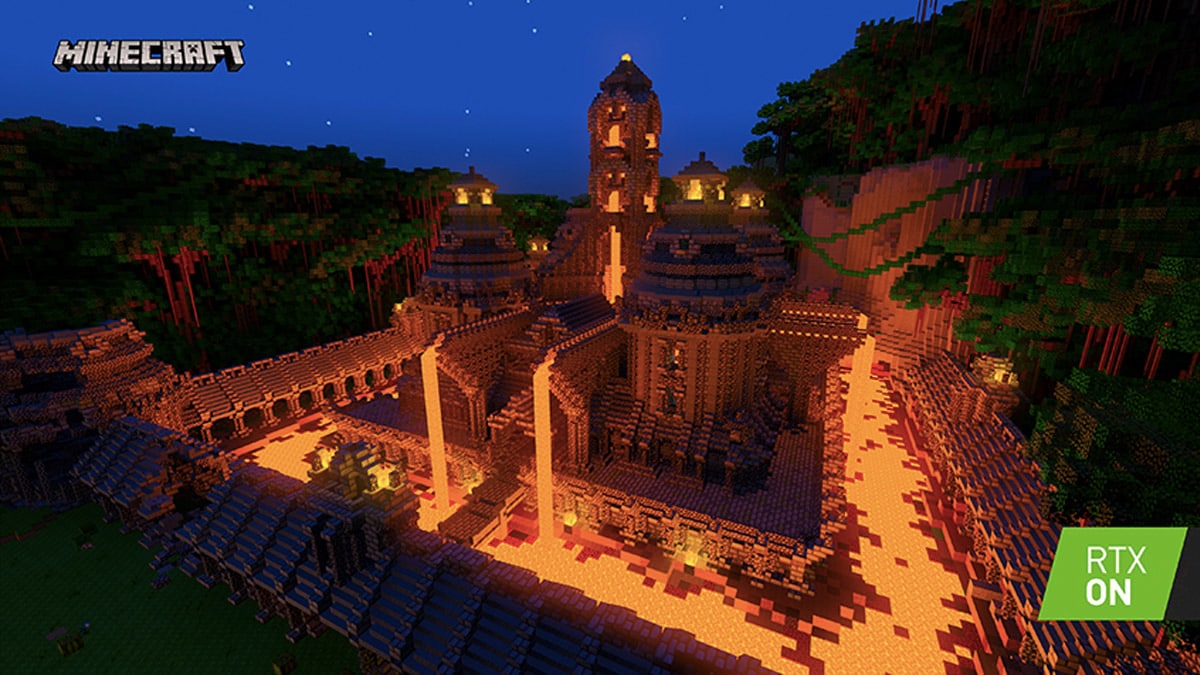 Popular world-building game, Minecraft, gets a new beta on Windows 10 that lets you use Nvidia’s RTX technologies such as ray tracing and DLSS 2.0 in the game. The beta is available to download and play right now, provided you have a Windows 10 PC that meets the minimum requirements. Nvidia says its worked with ‘Minecrafters’ to create six Creator Worlds that showcase the GPUs ray tracing capabilities. These worlds can be downloaded for free from the in-game marketplace.

With this beta, you can expect to see realistic hard and soft shadows everywhere, light realistically shines through windows and fills gaps in the terrain, all light sources cast realistic shadows and create realistic reflections on surfaces, and naturally occurring atmospheric effects.

Before downloading it, make sure your Windows 10 PC meets the following minimum requirements:

Microsoft and Mojang, the developers of Minecraft, have released the beta via the Xbox Insider program. Nvidia has a detailed post on its website for the full procedure of how you can go about enrolling yourself in the beta programme. You’ll also need to have a copy of Minecraft for Windows 10 first and foremost, to take part in this beta.

A few more things to keep in mind before you go out building worlds in the RTX beta. Any world opened in the RTX beta will not be available to be opened in other Minecraft betas or even in the full version of the Minecraft with RTX that will launch at a later date. Nvidia recommends making a copy and backup of all the worlds you wish you play in the RTX beta, so it can be restored later in other versions of Minecraft.

Also, since this is a beta, there are some known issues within the game to keep in mind that the team is already aware off. For optimum performance, Nvidia recommends playing in fullscreen mode at 1,920×1,080 pixels resolution, with ray tracing chunk distance set to 8.