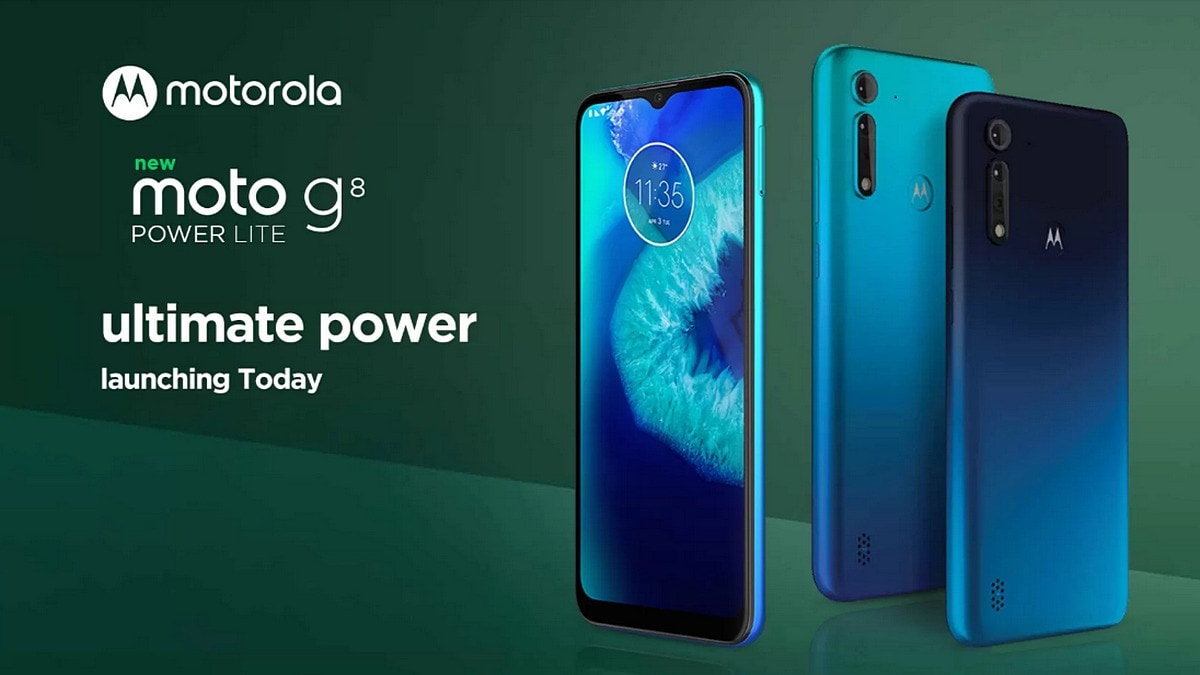 Motorola Moto G8 Power Lite will be launching in India today, May 21, at 12pm (noon), as teased by Flipkart. The India launch of the smartphone comes over a month after its global unveiling. It also follows the introduction of Motorola Edge+ in the country. Thanks to the global launch, we already know the specifications of the phone but the Indian pricing has not been shared as of yet. The phone comes with a triple rear camera setup and a notched selfie shooter.

The Moto G8 Power Lite pricing in India has not been shared by the company or by Flipkart as of yet. But, details about the pricing, as well as the availability will be revealed when the phone launches at 12pm (noon). To recall, the phone originally launched in select markets early in April at EUR 169 (roughly Rs. 13,900) for the 4GB RAM and 64GB storage variant. It came out with Arctic Blue and Royal Blue colour options.

The Moto G8 Power Lite runs on Android Pie with Motorola’s near stock skin on top. It features a 6.5-inch HD+ (729×1,600 pixels) IPS LCD display with 20:9 aspect ratio and 269ppi pixel density. Under the hood, the phone is powered by the MediaTek Helio P35 SoC, paired with 4GB of RAM.