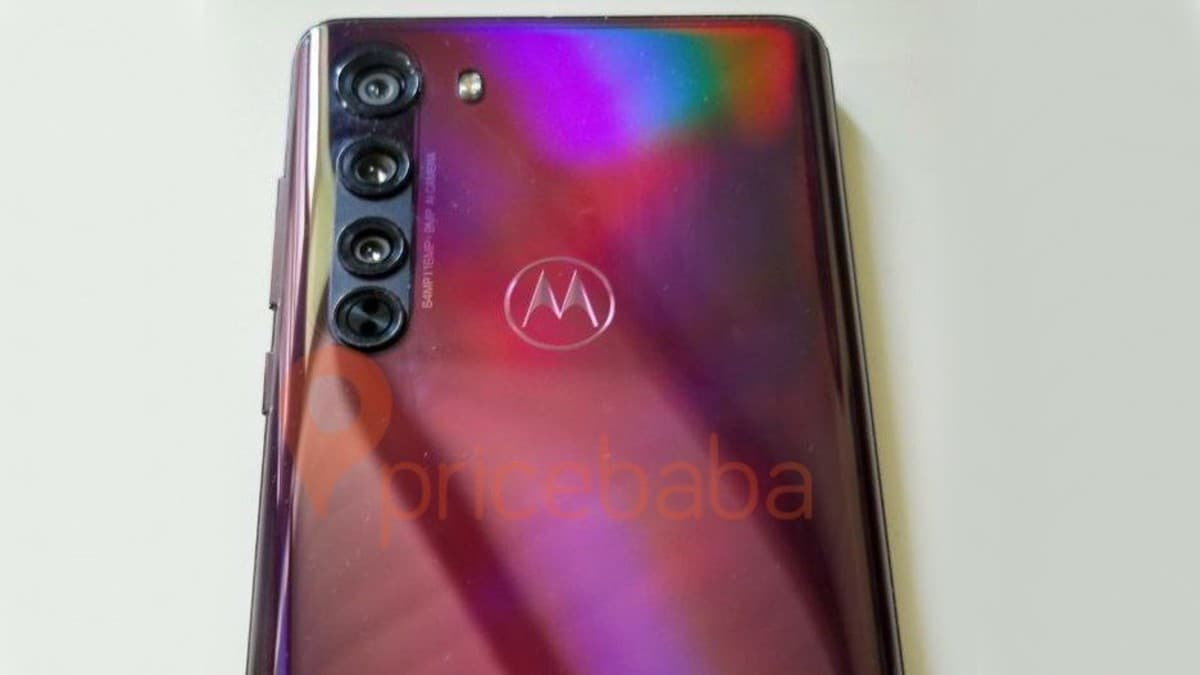 Pricebaba has shared a new live image of the Motorola Edge phone in collaboration with tipster Ishan Agarwal. The rear panel leak shows a glossy burgundy gradient finish and triple rear cameras. Below the camera setup sits a laser autofocus sensor. The rear camera setup has tiny inscription that gives out details about the camera specifications. The Motorola Edge is tipped to sport a 64-megapixel main camera, a 16-megapixel secondary camera, and an 8-megapixel AI third camera sensor. The dual-LED flash sits next to the camera setup, and the Motorola logo is placed top-centre. The image suggests that the phone will include power button and volume rocker on the right side.

A recent Geekbench listing had suggested that the Motorola Edge will pack 6GB RAM, and run on Android 10. It is likely to be powered by the Snapdragon 765 or Snapdragon 765G SoC. The phone is expected to feature a curved 6.67-inch full-HD+ (1,080×2,340 pixels) display. The Motorola Edge+, on the other hand, is reported to be powered by the Snapdragon 865 Soc and pack up to 12GB RAM. The launch event is set to begin at 11am CDT (9:30pm IST) on April 22 i.e. Wednesday.

Aarogya Setu: NITI Aayog Defends the App Against the Criticism of Privacy Groups