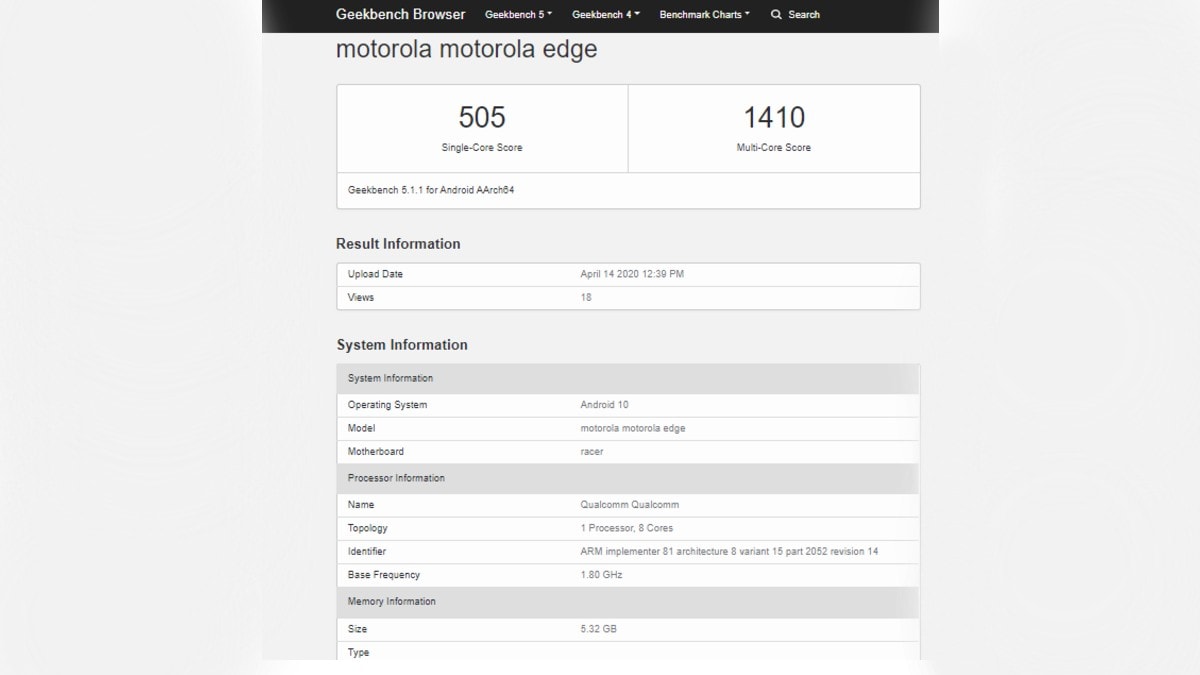 As per the recent Geekbench listing, the Motorola Edge is likely to pack 6GB RAM and run on Android 10. The phone is listed to be powered by a 1.8GHz Qualcomm octa-core processor, and previous leaks claim that it may be the Snapdragon 765 or Snapdragon 765G SoC. The Motorola Edge phone achieved a single-core score of 505 points, and a multi-core score of 1,410 points.

To recall, the Motorola Edge+ Geekbench listing had tipped 12GB RAM and a 1.8GHz octa-core processor.