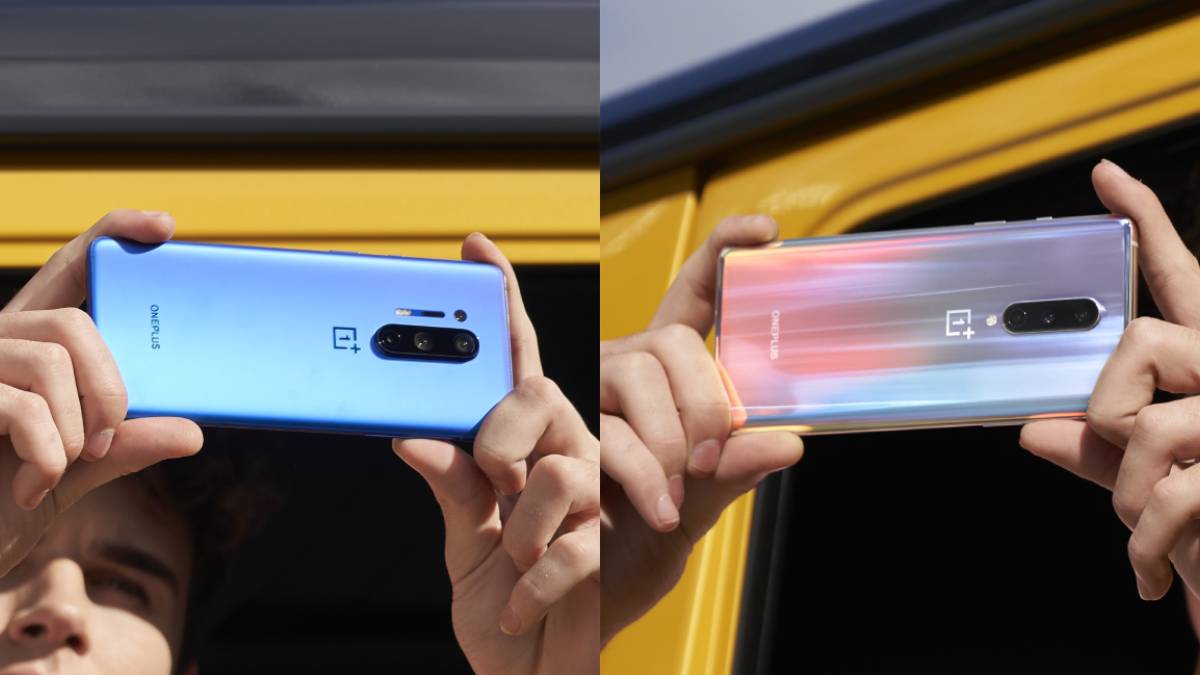 OnePlus 8 Pro, OnePlus 8 price in India was teased just hours after the two new smartphones were launched in global markets. The Chinese company has suggested that the pricing of both new OnePlus phones wouldn’t be dollar converts. However, it hasn’t provided any concrete details. The OnePlus 8 Pro and OnePlus 8 both come with a hole-punch display notch and have a matte-frosted glass protection at the back. The smartphones also come with 5G support.

The dual-SIM (Nano) OnePlus 8 Pro runs Android 10 with OxygenOS on top. The smartphone features a 6.78-inch QHD+ (1440×3168 pixels) Fluid AMOLED display along with up to 120Hz refresh rate, 19.8:9 aspect ratio, and a 3D Corning Gorilla Glass protection. Under the hood, there’s an octa-core Qualcomm Snapdragon 865 SoC, paired with up to 12GB of LPDDR5 RAM. The smartphone has a quad rear camera setup that houses a 48-megapixel primary Sony IMX689 sensor, paired with an f/1.78 lens. You’ll also get an 8-megapixel telephoto shooter, 48-megapixel ultra-wide-angle shooter, and a dedicated 5-megapixel “Color Filter” camera sensor. Further, the phone has a 16-megapixel Sony IMX471 selfie camera sensor at the front.

OnePlus has provided up to 256GB of UFS 3.0 storage on the OnePlus 8 Pro that isn’t expandable via microSD card. The smartphone also has 5G, 4G LTE, Wi-Fi 6, Bluetooth v5.1, GPS/ A-GPS, NFC, and a USB Type-C port as connectivity options. It comes with an in-display fingerprint sensor. Besides, there is a 4,510mAh battery that supports Warp Charge 30T and Warp Charge 30 Wireless technologies.