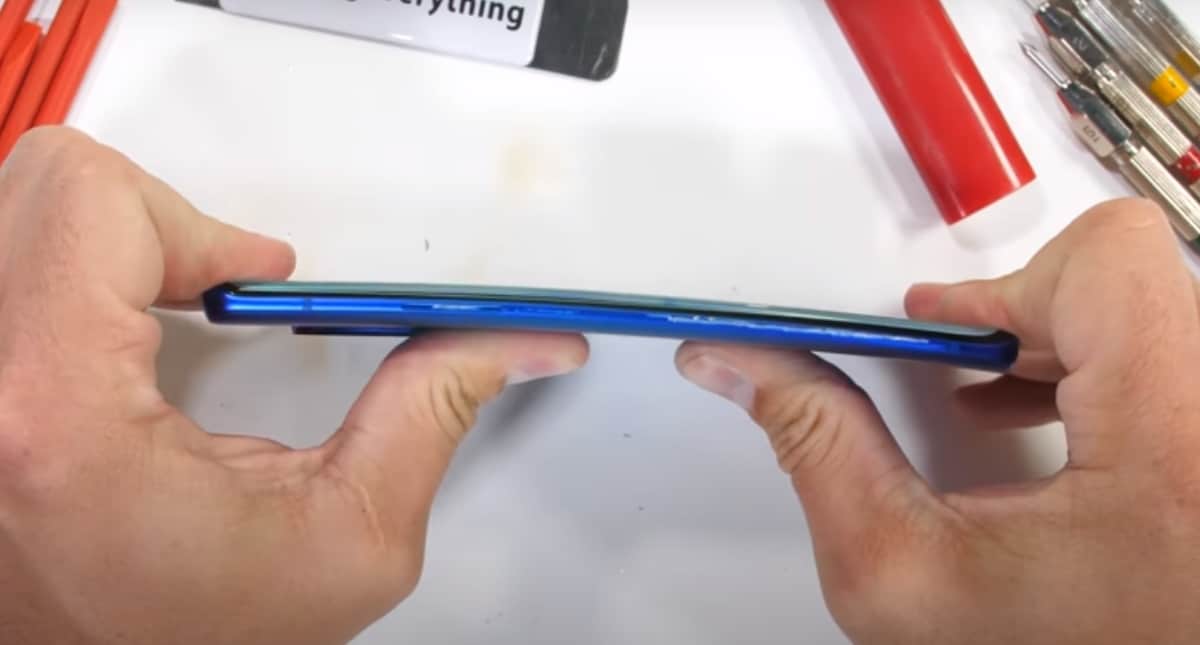 OnePlus 8 Pro durability tests and teardown have been published by JerryRigEverything’s Zack Nelson, giving us a look at the phone’s insides. His durability testing shows that the phone survives the fire and bend test, although scratches on the screen do appear at level 6 of the Moh scale. In his teardown, Nelson describes the OnePlus 8 Pro insides as the ‘best looking phone guts’ he has seen in a while. The OnePlus 8 Pro is IP68 rated for dust and water resistance, and rubber rings for ingress protection are seen all over.

Starting with the durability test, the OnePlus 8 Pro is seen scratching at level 6 on the Moh scale with deeper groves at level 7. The earpiece sticks solidly in place, and Nelson’s attempts to damage it were unsuccessful. The metal sides scratch easily with the sharpie, and rubber rings are seen on the SIM-tray and the USB Type-C charging port. Even after scratches, the fingerprint scanner seems to work without much difficulty. The OnePlus 8 Pro passes the fire test. It does get a white burn mark after 30 seconds of continuous exposed flame, but recovers completely in a short time. Lastly, the OnePlus 8 Pro flexes a bit in the bend test, but survives without any damage, clinks, or cracks. You can watch the full durability test of the OnePlus 8 Pro below:

Coming to the teardown, Nelson uses heat and sharp metal knife to remove the back panel. The internals look quite neat, and he describes them as ‘the best looking phone guts seen in a while’. The copper wireless charger stands out first with large circular windings to manage the 30W wireless charging capacity. The loudspeaker houses sound dampening balls to make the audio sound bigger than it is. The main 48-megapixel big sensor and the 8-megapixel depth sensor come with optical image stabilisation. The battery is removed without much effort indicating at easy repairability. One of the heat pipes is situated between the display and the blue aluminium frame, and Nelson had to pry open the display to see it. The optical fingerprint sensor is also exposed in the teardown, and the entire video can be seen below: