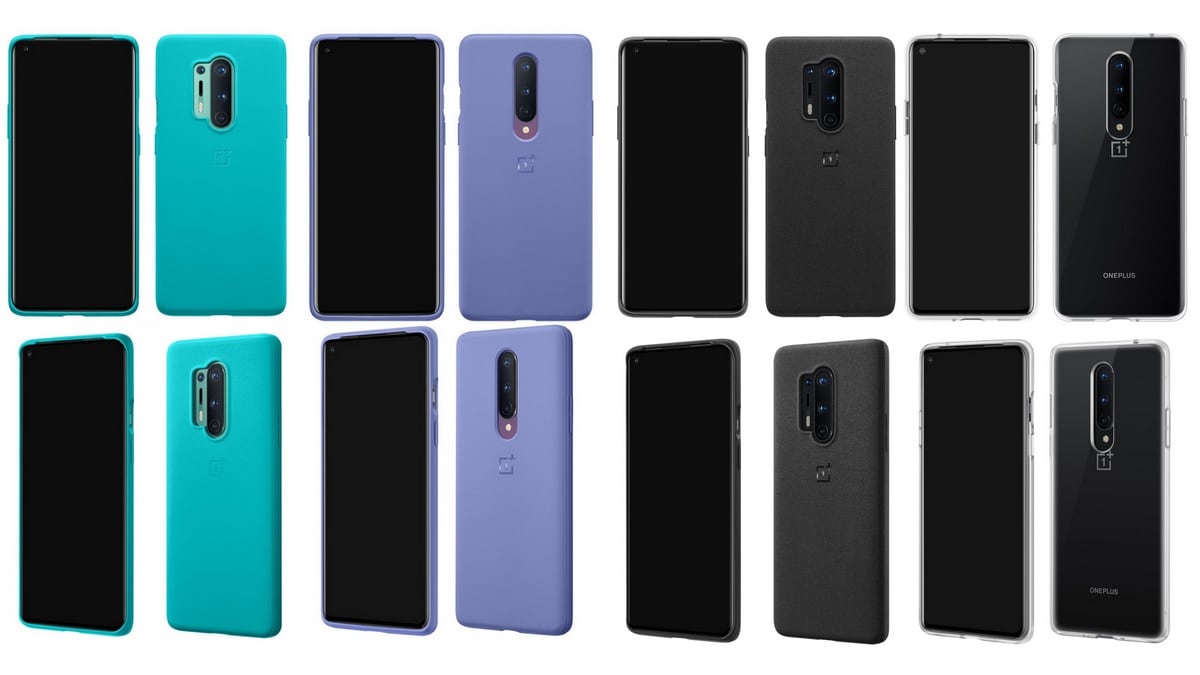 OnePlus has been the hot topic in the news owing to several leaks and teasers in anticipation of the launch event on April 14. A new leak shows images of the alleged official cases for the OnePlus 8 and OnePlus 8 Pro, that too in high resolution. These go in line with the previous case leaks showing multiple types of cases, as well as the different finishes, one of which is the company’s traditional Sandstone black variant. The case images also show the camera placement on both the OnePlus 8 and the OnePlus 8 Pro. Further, an image of the retail box and one of the OnePlus 8 Pro itself was allegedly spotted online, reaffirming the specifications and design.

The leak comes from tipster Ishan Agarwal through a Twitter post. The alleged cases include a Sandstone Bumper Case that comes in three colour options – Black, Cyan, and Smoky Purple. The post also mentions a transparent bumper case, a nylon bumper case, and a Karbon bumper case. The alleged cases for the OnePlus 8 show a vertical cutout for expected triple camera setup on the back, and the flash right below them. In case of the OnePlus 8 Pro, the cutout is much larger for the similar triple camera configuration as the non-Pro variant along with an extender area to the left housing a fourth sensor, and what seems to be a laser autofocus and flash module.

All the cases also seem to have the new OnePlus logo below the camera cut-out. Notably, these case designs were previously leaked as well but were not in high resolution.

Additionally, an image of the About phone page of the alleged OnePlus 8 Pro was posted by a tipster on Chinese micro-blogging website Weibo. It states the phone has a Snapdragon 865 SoC, 12GB RAM, 256GB storage, and a 6.78-inch 120Hz Fluid AMOLED display. The image also states the phone runs Android 10. These specifications fall in line with what already know about the phone. Also, the alleged retail box first spotted by ITHome has the OnePlus 8 Pro branding on the side. It is a tall red box with just the number ‘8′ on the front.

There have been countless leaks surrounding the OnePlus 8 and the OnePlus 8 Pro and the accessories the company will unveil at the April 14 event. These accessories, including the bullets wireless earphone refresh and the wireless charger, have received official teasers as well.