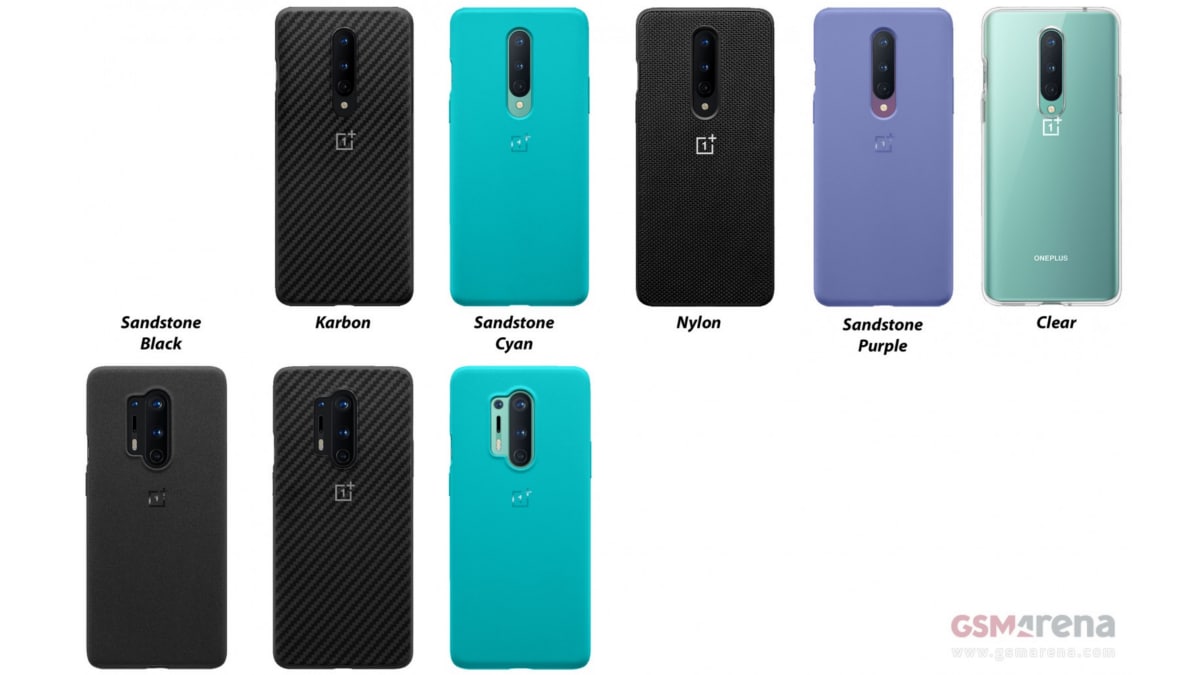 OnePlus 8 series is all set to debut on April 14, possibly alongside the OnePlus Warp Charge 30 Wireless Charger and the OnePlus Bullets Wireless Z headphones. But it appears that OnePlus also has a whole set of protective cases for the OnePlus 8 and OnePlus 8 Pro ready for buyers. The company is retaining the signature sandstone finish this year as well, but is jazzing things around this time by adding some bright colours to the mix. Also, OnePlus buyers will also get to choose between a host of material choice and surface finish that includes nylon, carbon fibre, and plastic.

The leaked OnePlus 8 series renders come courtesy of Evan Blass via GSMArena. For the OnePlus 8 Pro buyers, the classic sandstone case is on the table. Interestingly, the sandstone case will be available in two colours – a conventional black and a new cyan shade. Alternatively, there is also a Karbon case that has a familiar Kevlar finish.

The diversity will be wider for OnePlus 8 buyers as they will get to choose from more options. In addition to the sandstone case with a cyan finish, OnePlus 8 buyers will also have a sandstone purple case at their disposal. A new Nylon fibre case in black colour will also be available, alongside a transparent clear case. Notably, the company is keeping the sandstone black case exclusive to the OnePlus 8 Pro.

The OnePlus 8 series will go official on April 14 and has been confirmed to pack the Snapdragon 865 SoC, LPDDR5 RAM, and UFS 3.0 storage. As per leaks, the OnePlus 8 Pro will feature quad rear cameras and will also bring support for 30W wireless charging, while the OnePlus 8 will stick to a triple rear camera setup. Moreover, the two phones are tipped to feature a 120Hz display, a noteworthy upgrade over the 90Hz panel on the OnePlus 7T series.