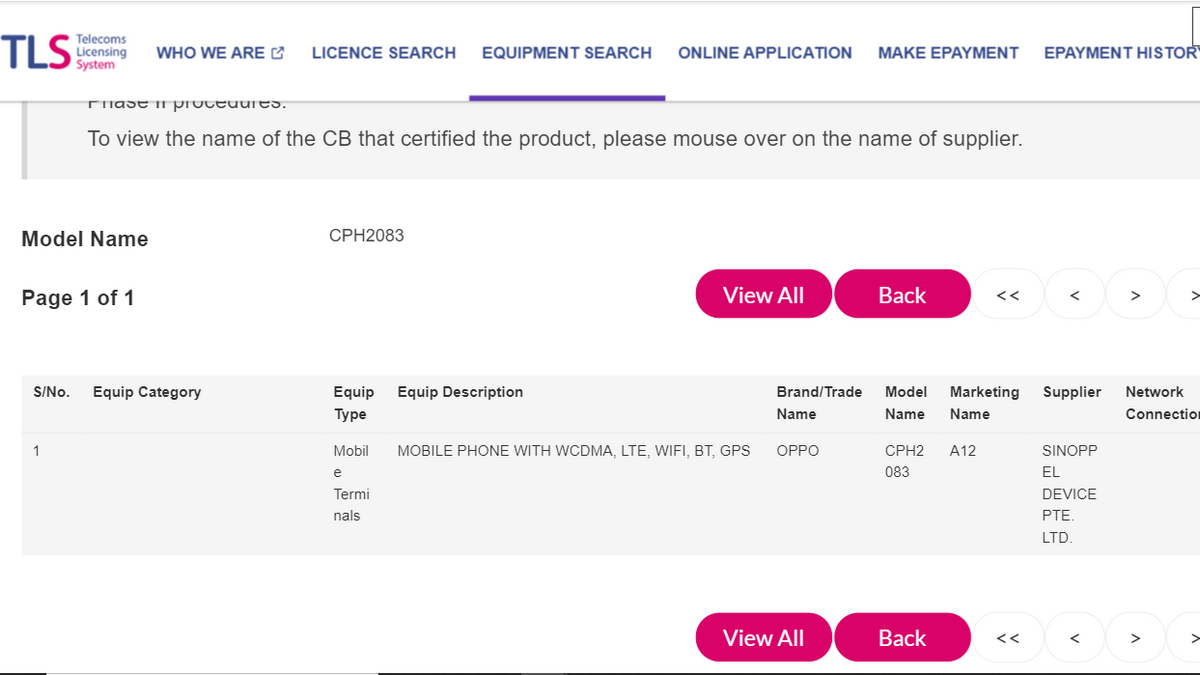 Oppo A12 has been spotted in a listing by Singapore regulator Info-communications Media Development Authority (IMDA) with model number CPH2083 suggesting the phone will support 4G, have Bluetooth, and GPS. The phone, till now, just had a model number but now it has been attached to a moniker which is ‘A12′. A phone with the same model number was previously spotted on Geekbench which hinted at a few specifications that the phone will have.

The IMDA listing shows the phone has WCDMA, LTE, WIFI, BT, and GPS as well as states the marketing name as A12. An older report by MySmartPrice saw a phone with the same model number – CPH2083 – on a Geekbench listing. The phone was listed with 3GB RAM, an ARM MT6765V/CB processor, and Android 9. This suggests that the phone will come with a MediaTek Helio P35 SoC which has right cores and a core clock of 2.30GHz. The listing noted a single-core score of 900 and a multi-core score of 3,754. The listing was from February 17.

The Oppo A12 will be the successor to the Oppo A11 released last year. The Oppo A11 has a 6.5-inch HD+ display with a waterdrop-style notch, an octa-core Snapdragon 665 SoC, and a large 5,000mAh battery. It has a quad camera setup on the back among which was a 12-megapixel primary shooter and a wide-angle lens. The Oppo A11 was launched in China and has not come to India yet, which might be the case the with Oppo A12 as well. Talking about the price, the 4GB RAM + 128GB storage option, which is the only variant of the phone, was launched at CNY 1,499 (roughly Rs. 15,800).

In the meanwhile, the Oppo A12e was recently leaked by tipster Ishan Agarwal, though no mention of a launch date was made – beyond the fact it would possibly launch alongside the Oppo A12.