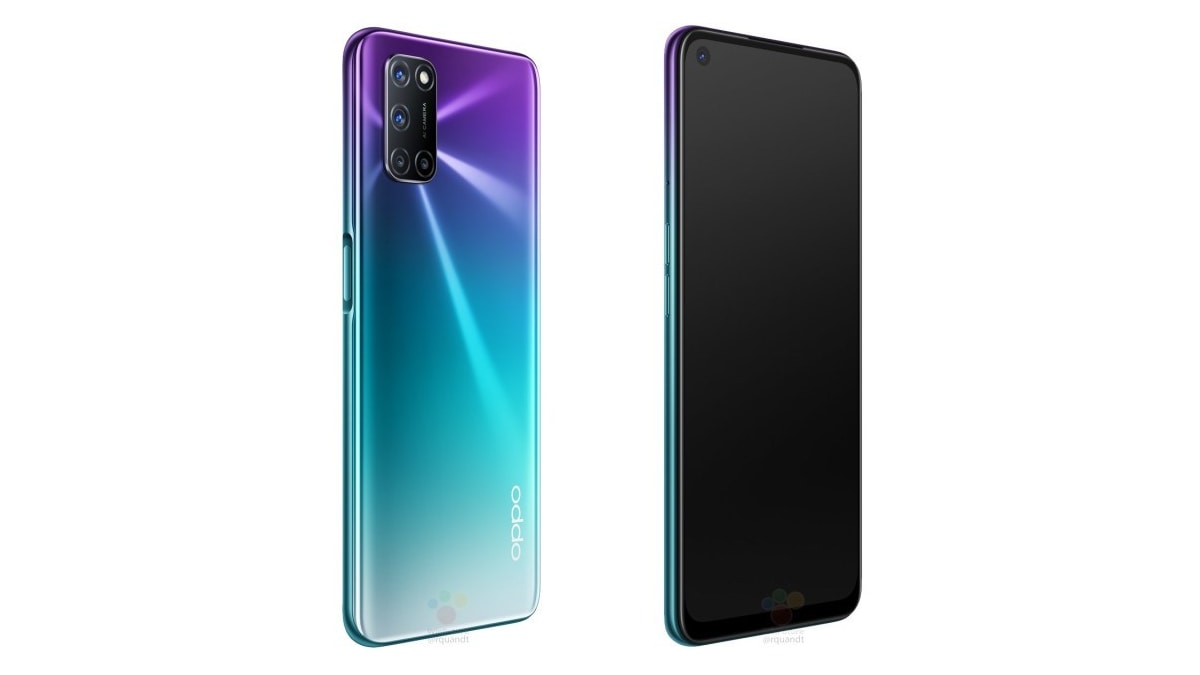 Oppo A72 is reported to coming soon, and ahead of that, full design and specifications of the phone have been tipped. The phone is said to be powered by the Snapdragon 665 SoC and pack 5,000mAh battery. It is expected to be the elder sibling of the Oppo A52 and while the design of the two phones is more or less identical, the technical specifications differ in a few areas. The Oppo A72 will offer 128GB of storage and come with a 48-megapixel main camera.

German site WinFuture.de reports that the Oppo A72 will launch in Europe soon. It doesn’t suggest the pricing of the device, but says that the recently launched Oppo A52 will go on sale alongside. The report shares official renders of the Oppo A72 and it is seen to sport a quad camera setup at the back, inside a rectangular shaped module. The phone will come with a hole-punch display design that will have a cutout on the top left of the screen. Oppo A72 is almost identical to the Oppo A52, design wise.

Coming to specifications, the Oppo A72 is listed to feature a 6.5-inch full-HD+ (1,080×2,400 pixels) LCD display and will be powered by the Snapdragon 665 SoC, paired with 4GB of RAM. Internal storage is reported to be at 128GB with the option to expand further using a microSD card slot. The phone has a quad camera setup with a 48-megapixel main sensor, an 8-megapixel wide-angle camera, a 2-megapixel depth camera, and a last 2-megapixel macro lens. Up front, the A72 is listed to offer a 16-megapixel camera.

Oppo A72 is reported to pack 5,000mAh battery. Connectivity options will include USB Type-C port, dual-band support, Wi-Fi, and 3.5mm audio jack. The phone is also said to include a side-mounted fingerprint scanner.

These specifications are almost identical to that of the Oppo A52, barring the differences in camera, storage, and few others. There is no word on the Oppo A72’s pricing, but it should be more expensive than the Oppo A52. In China, the Oppo A52 is priced at CNY 1,599 (roughly Rs. 17,300), and thee Oppo A72 should be priced more than that.