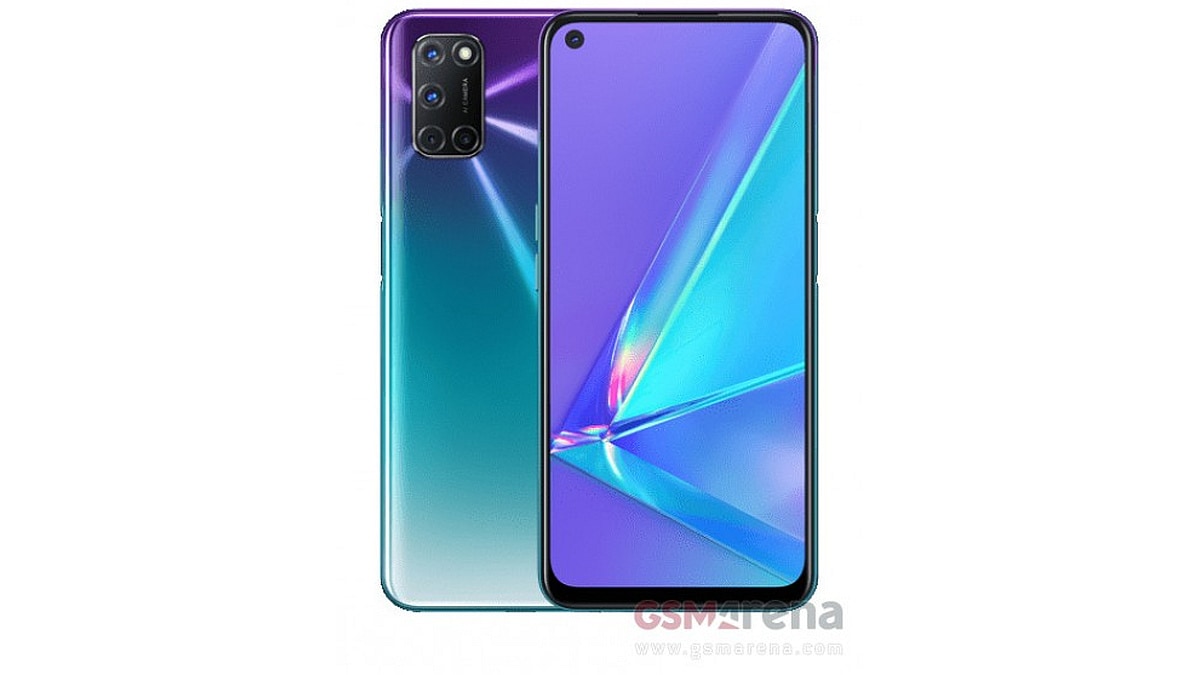 Oppo A92, the upcoming smartphone by Chinese manufacturer Oppo, has been in the news recently, thanks to numerous leaks. Now, new images of the phones have appeared giving away the phone’s look in the Aurora Purple colour. A side mounted fingerprint sensor on the right is also visible in an image. The phone had previously leaked online on Monday several details about the phone including screen-size, camera details, colour variants, and battery capacity. An image of the front and back panel of the phone also came out.

Tipster Evan Blass has [posted](https://www.patreon.com/posts/oppo-a92-in-36566653) two new Oppo A92 images on his Patreon, and these have been [shared](https://www.gsmarena.com/oppo_a92_leaks_in_aurora_purple_shows_off_an_a72_a52_like_design-news-42966.php) by GSMArena. One image is similar to the image that was [seen in the last leak](https://gadgets.ndtv.com/mobiles/news/oppo-a92-specifications-leak-render-quad-rear-camera-battery-2219729), but in Aurora Purple colour this time. In the second image (seen below), a side-mounted fingerprint sensor IS apparent.

The images show that Oppo A92’s display will have a hole punch at the top-left corner. Slim bezels at bottom of the front panel are also visible. In the rear, there is a quad-camera setup making an “L” shape inside a rectangular module. LED flash is also sitting in the module. The text on the module reads “AI Camera”.

Oppo A92 specifications have been leaked previously, [according to](https://gadgets.ndtv.com/mobiles/news/oppo-a92-specifications-leak-render-quad-rear-camera-battery-2219729) a report. The phone is expected to feature a 6.5-inch full-HD+ LCD display.

The Oppo phone will reportedly run ColorOS 7.1, based on Android 10. It may pack a 5,000mAh battery. In terms of colour options, buyers are tipped to be able to choose from Aurora Purple, Shining White, and Twilight Black colours.

According to a [previous](https://gadgets.ndtv.com/mobiles/news/oppo-a92-a52-specifications-google-play-console-listings-snapdragon-665-android-10-2208047) Google Play Console listing, Oppo A92 could be powered by Snapdragon 665 SoC paired with 8GB of RAM.