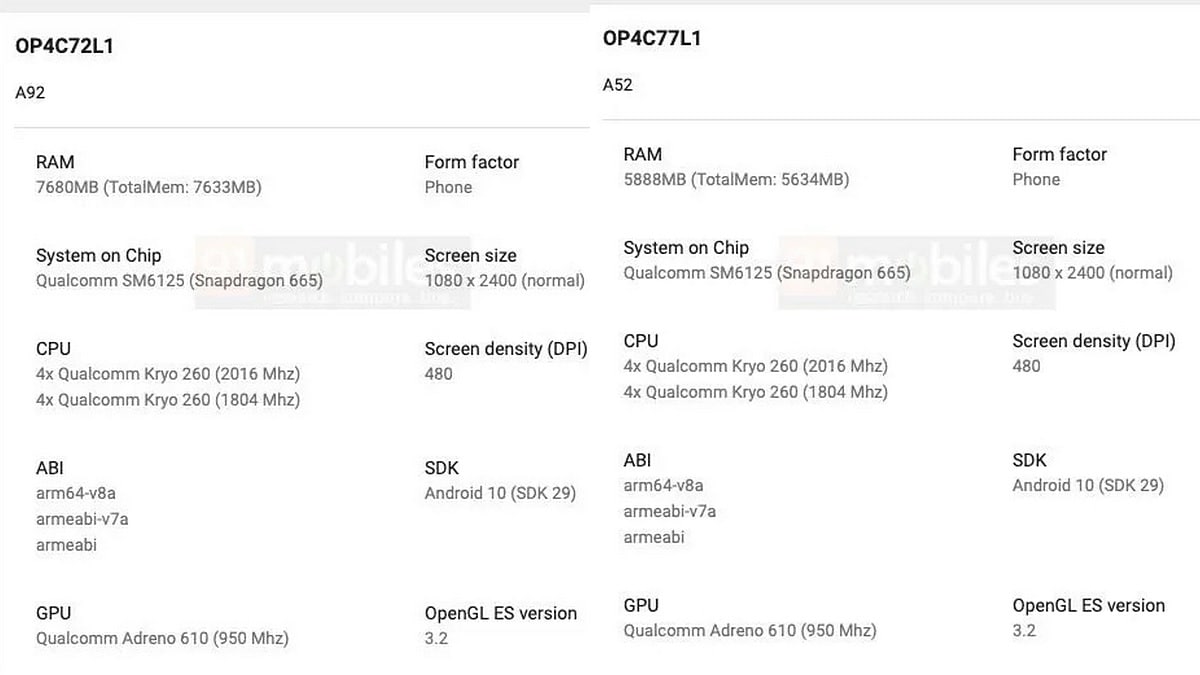 Oppo seems to be working on two new A-series smartphones called the Oppo A92 and the Oppo A52. Now, the two phones have been spotted in Google Play Console listings that show some of the specifications that may be present in these upcoming phones. The listings show both phones are powered by the Snapdragon 665 SoC and run Android 10. They also mention the RAM for the two phones but it is unclear if there will be other variants as well. Some of the other details shared in the listings include the CPU configuration, GPU, display resolution, and more.

While this is the first time the Oppo A52 has surfaced online, 91Mobiles claims that the Oppo A92 was previously spotted on Singapore regulatory body IMDA’s website. We were able to verify this listing which states the Oppo A92 will have LTE, WI-FI, Bluetooth, and GPS. It also shows the model number for the phone as CPH2059 and the marketing name ‘A92′. The phone was spotted on Thailand’s regulatory body NBTC’s website as well.

There is no official word from Oppo on the two phones but looking at the multiple listings for the Oppo A92, the phone may launch soon. Whether or not it comes to India, remains to be seen.