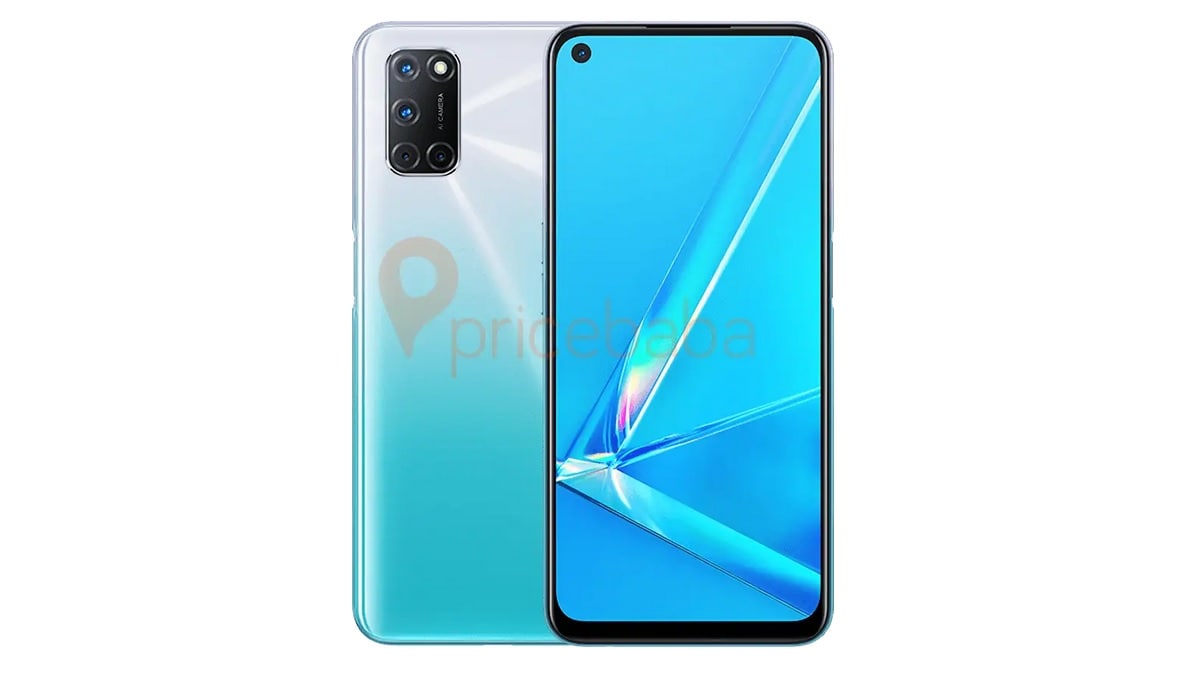 Oppo A92 is an upcoming addition to the A series of smartphones by the Chinese manufacturer. While not much is known about the phone, an alleged render of the Oppo A92 has reportedly leaked online. The report also shares the expected specifications, including the screen size, colour options, camera details, and battery capacity, of the upcoming Oppo A92 smartphone. Further, the render shows a quad rear camera setup in an ‘L’ shape inside a rectangular camera module.

According to a report by Pricebaba in collaboration with tipster Ishan Agarwal, Oppo A92 will be available in Aurora Purple, Shining White, and Twilight Black colour variants. The render shared by the publication is reportedly for the Shining White option. It shows the front and the back highlighting a quad rear camera setup on the back and a single selfie shooter on the front. The rear cameras are placed in an ‘L’ shape and the flash can be seen right next to the first sensor. All the sensors and the flash are placed within a rectangular module.

On the front, the selfie shooter can be seen in the top left corner of the screen in a hole-punch design, along with some relatively thick bezels.

According to the report, the Oppo A92 will come with the same display found on the OPPO A92s that includes a 6.5-inch full-HD+ LCD screen. The report claims that the Oppo A92 will pack 5,000mAh battery and run ColorOS 7.1, based on Android 10.

A previous Google Play Console listing of the Oppo A92 and the Oppo A92s showed that the former will come with the Snapdragon 665 SoC and 8GB of RAM. It also listed a screen resolution of 1,080×2,400 pixels.