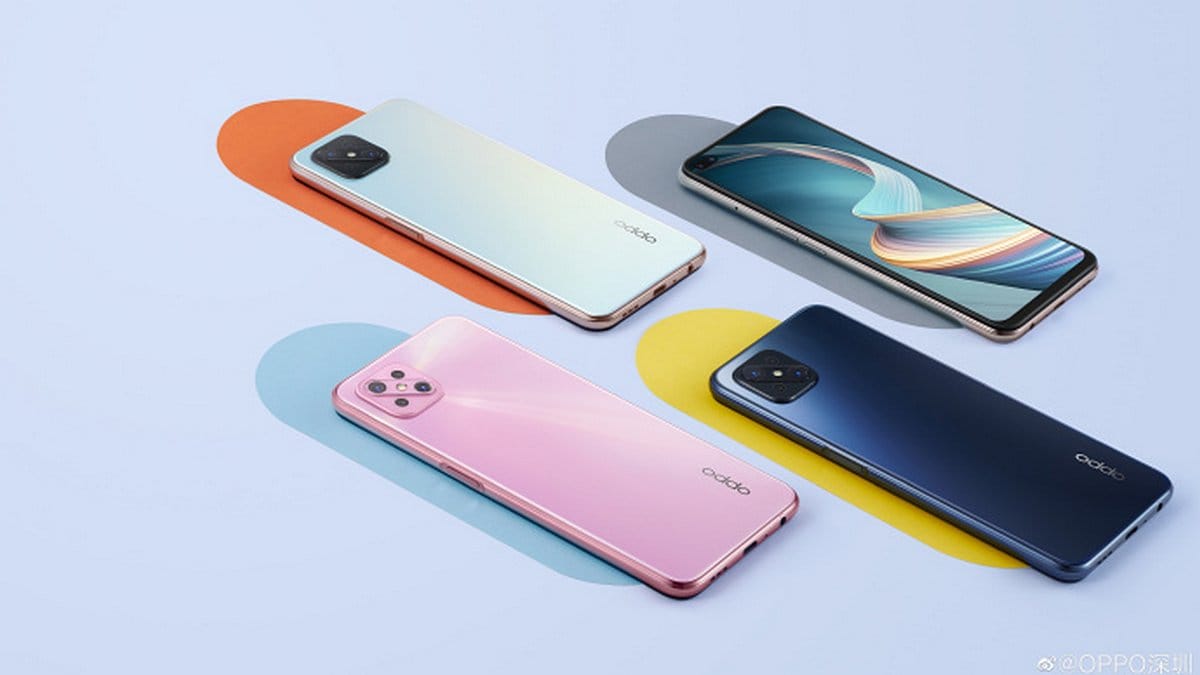 Oppo A92s, an upcoming smartphone by the Chinese manufacturer, has been surfaced in official-looking renders, showing off three colour variants of the phone. It looks like the alleged Oppo A92s will come in Black, Pink, and White colours. The renders also point to the camera configuration on the back that is believed to include four sensors in a square shaped module. The Oppo A92s has been previously spotted on a few certification websites as well as on Geekbench that hinted at some of the expected key specifications of the phone.

The alleged Oppo A92s renders were published on Weibo and show three colour variants that are expected to be released for the upcoming Oppo A92s. Black, Pink, and White variants are seen in the renders. However, the Black variant has a blueish tint to it.

The side-mounted fingerprint scanner can be seen on the right side of the phone in the images, as well as the 3.5mm headphone jack at the bottom. The volume buttons are on the left side of screen that houses the hole-punch camera design for the two front cameras.

The cameras were also listed, and the primary shooter might pack a 48-megapixel sensor accompanied by an 8-megapixel sensor, and two 2-megapixel cameras. The Oppo A92s is expected to come with a 120Hz refresh rate screen as well. The phone could also be powered by the octa-core Dimensity 800 5G chipset.

Oppo has not made any official announcements regarding the Oppo A92s so this information should be taken with a pinch of salt.