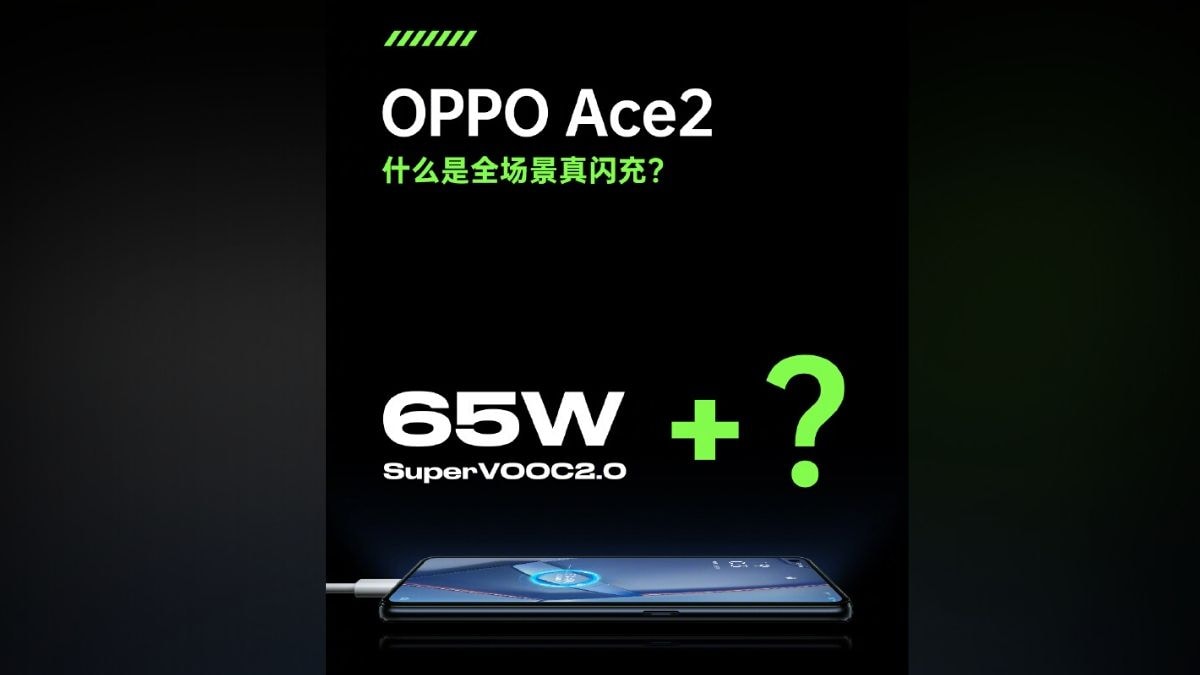 Oppo has confirmed that its upcoming Oppo Ace 2 smartphone will come with the proprietary 65W SuperVOOC 2.0 fast charging technology. The development was shared by the company on the Chinese micro-blogging website Weibo, where it was also hinted that the smartphone may support wireless charging. If true, then we can expect the phone to have 40W wireless charging option, as Oppo recently received the certification for its new wireless charger. The wireless charger that is rumoured to be called Oppo 40W ‘AirVOOC’ Wireless Charger, is yet to hit the market and more news from Oppo is expected before Ace 2’s launch on April 13.

In a teaser posted on Weibo, Oppo is teasing 65W SuperVOOC 2.0 fast charging support on the Ace 2. Additionally, the company is teasing another battery-related feature in the same poster that is believed to be a hint at wireless charging support.

Although Oppo is yet to confirm the launch of its new wireless product, it won’t be a surprise if the company officially introduces it at Oppo Ace 2’s launch event on April 13. The company will also be introducing the Oppo Enco 31 TWS earbuds at the event in China, alongside the Ace 2 phone.

Meanwhile, ahead of Oppo Ace 2’s launch, the smartphone was listed on a Chinese retail website. According to the listed information, Oppo’s next phone will likely come in two colour options and three RAM and storage variants – an 8GB + 128GB storage model, an 8GB + 256GB option, and a top-end variant with 12GB RAM and 256GB internal storage. The company has also confirmed that the phone will pack quad rear camera setup along with the Snapdragon 865 SoC. Oppo Ace 2 will come with 5G support and weigh 185 grams.

To recall, Oppo last year integrated its proprietary 65W SuperVOOC fast charging technology on the Oppo Reno Ace, and it was touted to fully charge the built-in 4,000mAh battery in merely 30 minutes.