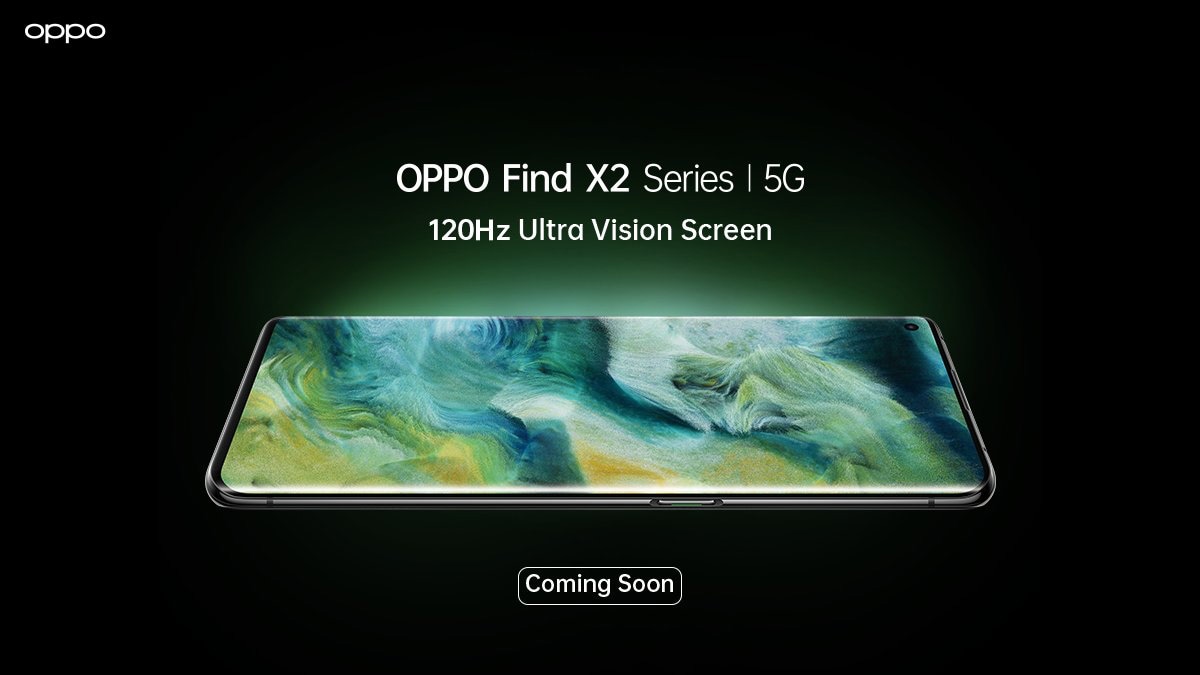 The Oppo Find X2 could be coming to India soon, according to teasers from Oppo. We’ve had quite a few significant flagships launch in India in the past few months. First it was the OnePlus 8 series, followed by the Mi 10 from Xiaomi, and now, the Find X2 series. The company has put up a teaser on Twitter saying it’s “coming soon” and it also has a teaser page on Amazon India. The Oppo Find X2 and Find X2 Pro were announced in early March of this year, both of which are flagships models powered by the Snapdragon 865 SoC and feature 120Hz displays, and 65W SuperVOOC 2.0 fast charging. It’s still unclear if Oppo will launch both models in India or just the Find X2 Pro.

We’ve been hearing rumours since March that the Find X2 series would be making its way to India in Oppo’s second wave of launches. Now, a tweet from the official Oppo India Twitter handle confirms this. The tweet mentions the Find X2 ‘Series’ so it’s possible we’ll see both phones launch. Oppo also has a teaser page up on Amazon India for the Find X2, which talks about some of its key features. Here it mentions the amount of RAM and storage being 12GB and 512GB respectively, which hints at it being the Find X2 Pro.

This puts it way above the Xiaomi Mi 10 5G, which just launched in India at a starting price of Rs. 49,999. Oppo could potentially bring the price down a bit by releasing variants with lesser RAM and storage for both models. If the India pricing is anything close to its International pricing, then the Oppo Find X2 series will compete against premium flagships such as the iPhone 11 Pro series and the Samsung Galaxy S20 Ultra. It’ll be interesting to see how it compares to those heavy-weights.

I guess the bigger questions is, would buyers be willing to shell out about a lakh Rupees on an Oppo phone?

The Oppo Find X2 Pro runs ColorOS 7.1, based on Android 10 and features a 6.7-inch QHD+ (1,440×3,168 pixels) Ultra Vision display, with a 120Hz refresh rate. The Pro variant features a triple rear camera setup consisting of a 48-megapixel primary sensor, a 48-megapixel wide-angle camera with a field of view of 120 degrees and a 13-megapixel sensor with a periscope-shaped f/3.0 telephoto lens. This model also gets additional features such as Dual Native ISO, 12-bit True Capture, Ultra Night Mode 3.0, and Ultra Steady Video Pro as well as 4K video recording at up to 60fps.