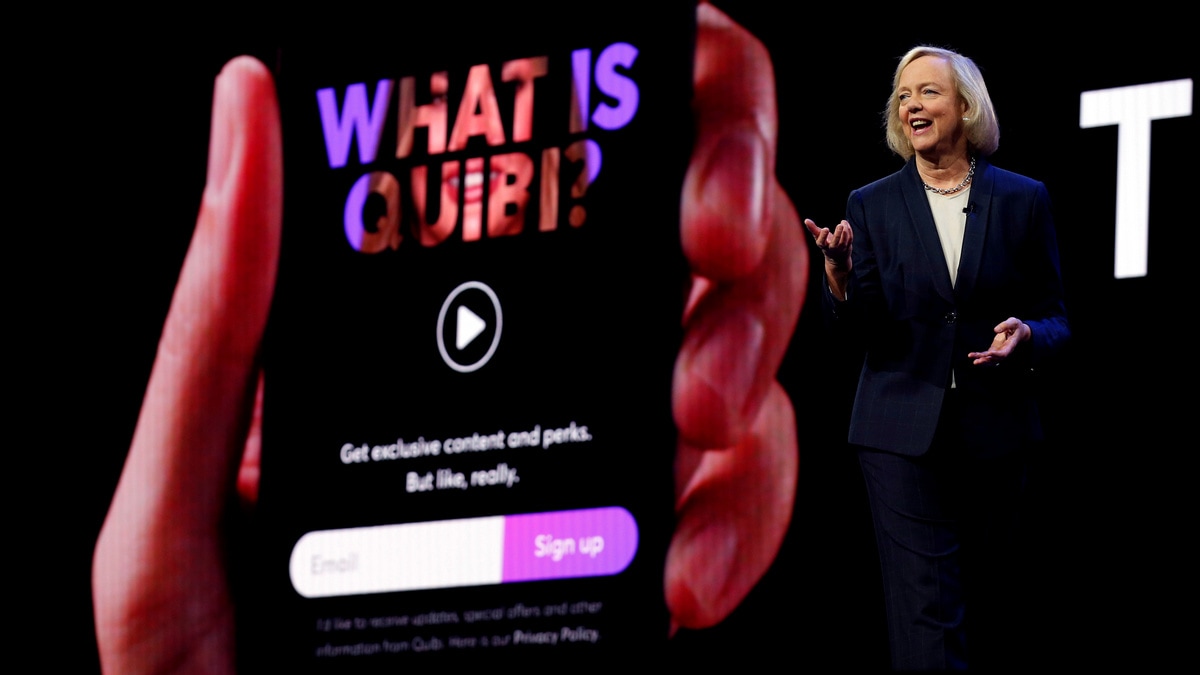 About 1.7 million people downloaded the new entertainment streaming app Quibi during its first week on the market, Chief Executive Meg Whitman told CNBC television on Monday. Quibi, which offers movies, reality shows and news in episodes of 10 minutes or less, launched on April 6 with a 90-day free-trial. The service is a gamble by Hollywood that it can carve out another category in the crowded streaming video landscape. Quibi is available in Canada, India, the US, and several other countries around the world.

The initial downloads exceeded the company’s expectations, Whitman said. The mobile-only service had been promoted for on-the-go viewing for times such as commutes or waiting in line. Quibi executives decided to forge ahead with the launch even though people were sheltering at home to slow the spread of the novel coronavirus.

“It turns out people have in-between moments at home,” Whitman said. “We don’t actually think it hurt us.”

She also said 80 percent of people who started a show watched it through the first episode. Quibi features a large roster of A-list talent including LeBron James, Liam Hemsworth, Chance the Rapper and, Reese Witherspoon. It was founded by Jeffrey Katzenberg and is backed by $1.8 billion (roughly Rs. 13,730 crores) from Hollywood studios and other investors.

Some users have complained that they could not watch Quibi programming on their televisions. Whitman said Quibi’s engineering team was developing a feature to let users stream (cast) the Quibi app from their phones to their TVs.