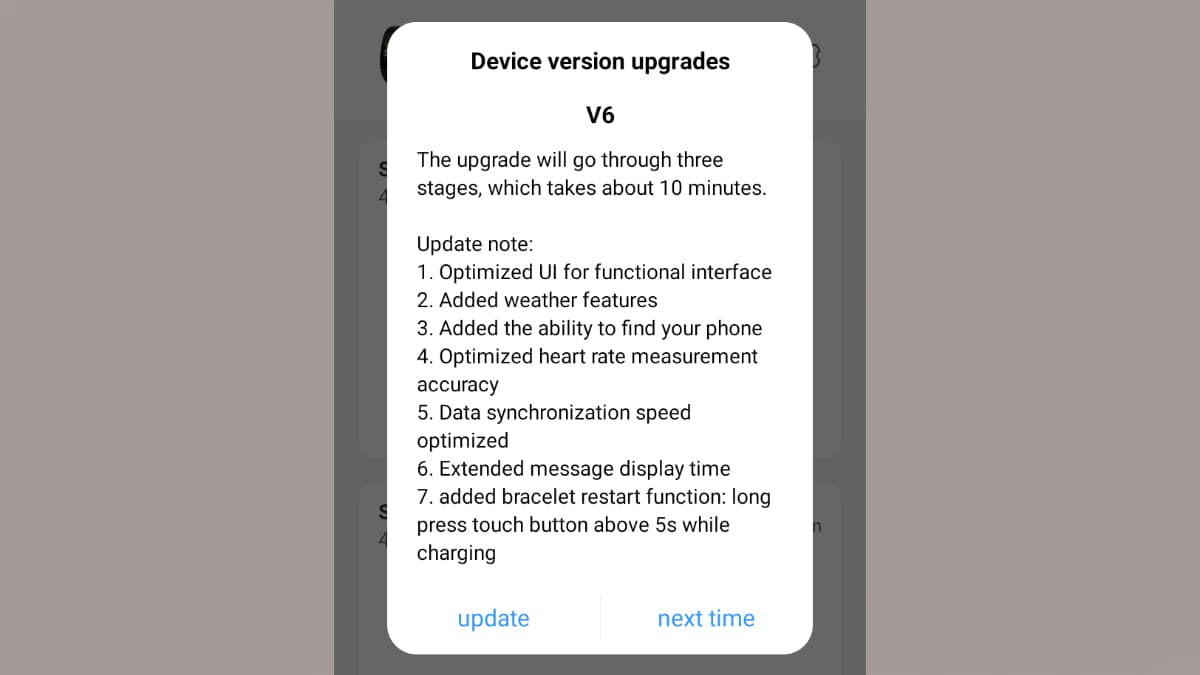 Realme Band has received a new software update that brings weather data, the new Find my Phone feature, and more. The update comes with firmware version 6. To update the Realme Band, users must head to the Realme Link app and download the latest version. Apart from bringing the new Find My Phone feature, the version 6.0 update improves the accuracy of the heart rate sensor and extended message display time.

As mentioned, the new version 6.0 update for the Realme Band needs to be installed via the Realme Link app. The company announced the rollout of the update via its forums. It says that the update goes through about three stages and should take about ten minutes to install. The update brings an optimised user interface (UI) for functional interface and the new Find My Phone feature. Users will need to enable this feature in the Realme Link app, and then the user needs to tap on the Find My Phone feature on the band for 3 seconds to activate it. The paired phone will start ringing, and pressing it for 3 seconds once again, will stop the ringing.

Realme Band With Colour Display, Cricket Mode Launched in India: All You Need to Know

The update also adds the weather feature and this also needs to be enabled inside the app settings. The GPS of the phone will have to be turned on to allow the band to gather weather information and show it on the display screen. To access weather data on the fitness band, the user will need to press the touch button several times. Apart from this, the update brings a new bracelet restart function i.e. to long press the button for more than five seconds while charging. It optimises the data synchronisation speed as well.