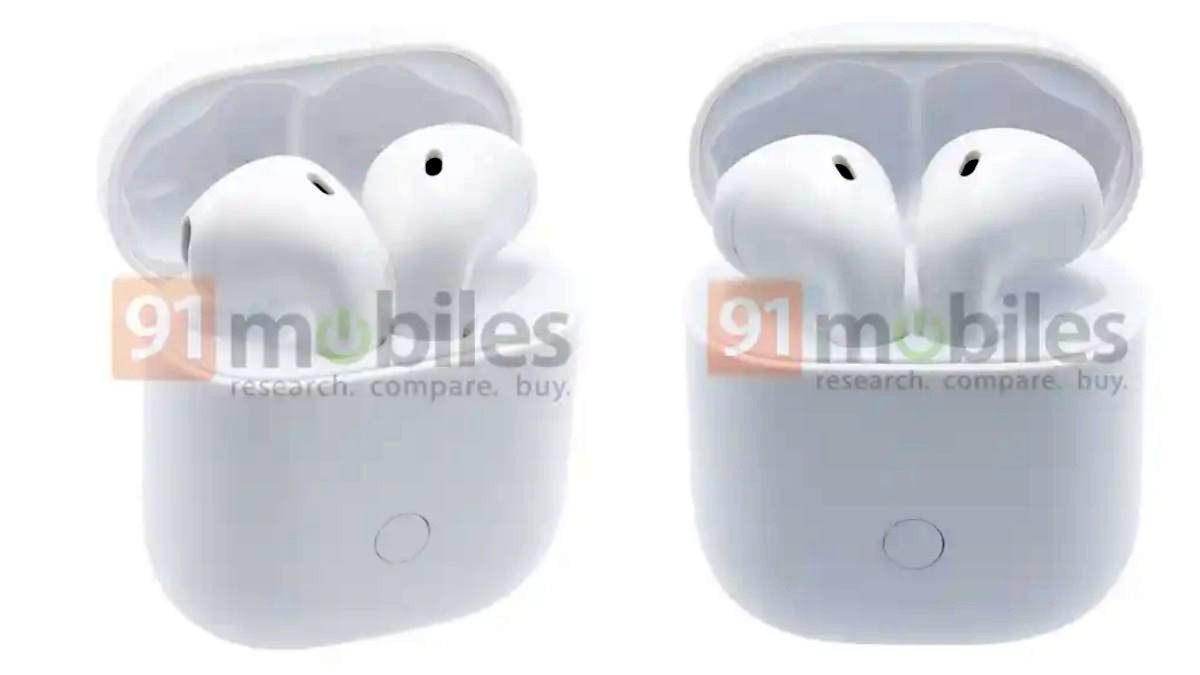 Realme Buds Air Neo, the rumoured upcoming truly wireless earphones from Realme, will reportedly come with Bluetooth v5.0 support, 13mm drivers, and up to 17 hours of battery life. Additionally, the alleged renders of the Realme Buds Air Neo have also surfaced online that are in line with what we earlier saw on Taiwanese National Communication Commission (NCC) certification site. Notably, Realme recently confirmed that the company will launch eight new products on May 25 and the new TWS earphones are expected to be a part of these eight products..

As per a report by 91 Mobiles, citing a source, the Realme Buds Air Neo earphones will come with 13mm drivers and Bluetooth v5.0. The earphones are said to be powered by Realme’s R1 audio processor and additionally, Buds Air Neo are said to provide a total of 17 hours of music playback on a single charge. The report also claims that the TWS earphones would feature Realme’s Game Mode that can reduce latency by 51 percent, similar to what is available with Realme Buds Air that was launched in December last year.

The report further indicated that the Realme Buds Air Neo case would come with a Micro-USB port (instead of USB Type-C port) and won’t support wireless charging option to make sure the earphones are more affordable than the Realme Buds Air.

Meanwhile, the report also contains the alleged renders of the Realme Buds Air Neo that look quite similar to the photos on the NCC listing. Lastly, the 91Mobiles report notes that the new Realme TWS earphones will be offered in Black and White colour options