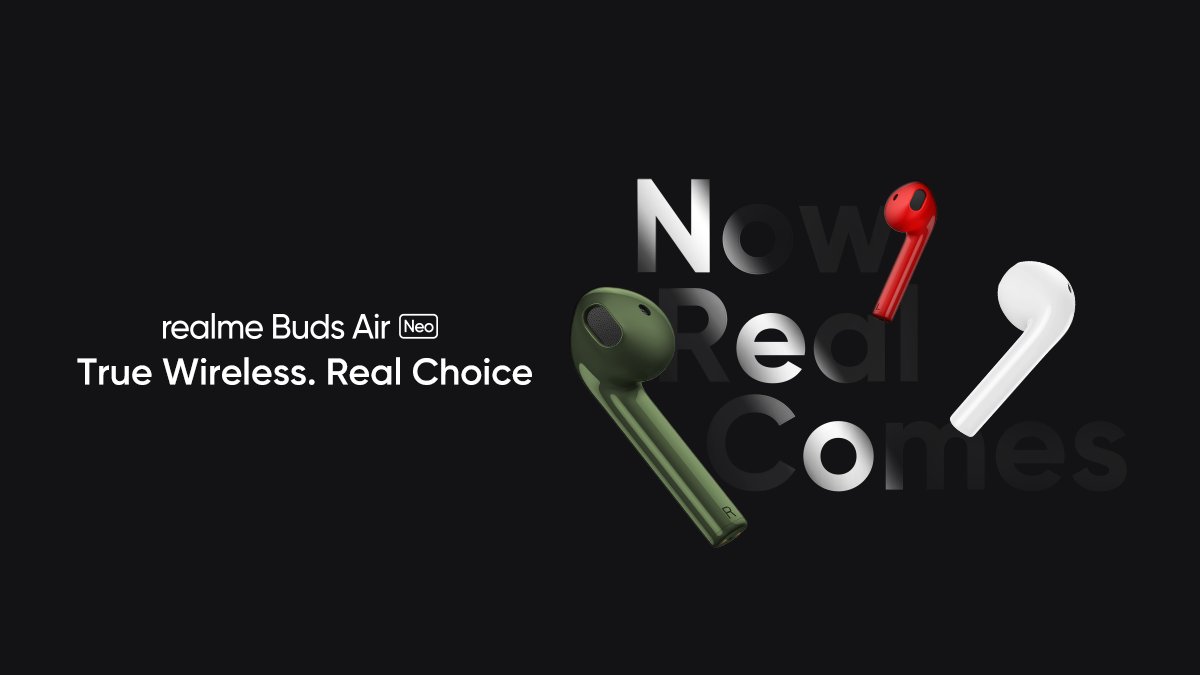 Realme Buds Air Neo are expected to launch on Monday, May 25. Two years after launching its first smartphone in India, Realme is close to announcing three new products, none of which are smartphones. The company is hosting an online launch event on May 25 to unveil its latest products, the Realme TV and Realme Watch, which have been the subject of reports and rumours over the past few weeks. However, according to a new tweet by the company’s India chief Madhav Sheth, the Realme Buds Air Neo true wireless earphones are also expected to be unveiled on May 25.

The Realme Buds Air Neo is the successor to the Realme Buds Air, which was launched in late 2019 as the company’s first pair of true wireless earphones. The new earphones feature a similar design, but come in different colours as showcased in a teaser tweet by Madhav Sheth. Not much has been revealed about the earphones beyond this, and the company will be announcing further details only at the launch event on May 25.

The Realme Buds Air are priced at Rs. 3,999, and the Realme Buds Air Neo could come at a similar or slightly higher price. We expect these to be priced at under Rs. 5,000 to compete with the recently launched Rs. 4,499 Mi True Wireless Earphones 2. The Neo earphones could see small improvements over the original Realme Buds Air, including in the sound quality department where we thought they fell short in our review.

The tweet from Madhav Sheth also mentions that Realme has shipped 1 million units of smart audio AIoT products, which is an impressive number to hit in such short time for the company. The May 25 event will mark a big step forward for Realme as it looks to diversify its product portfolio to include more smart devices that aren’t mobile phones.