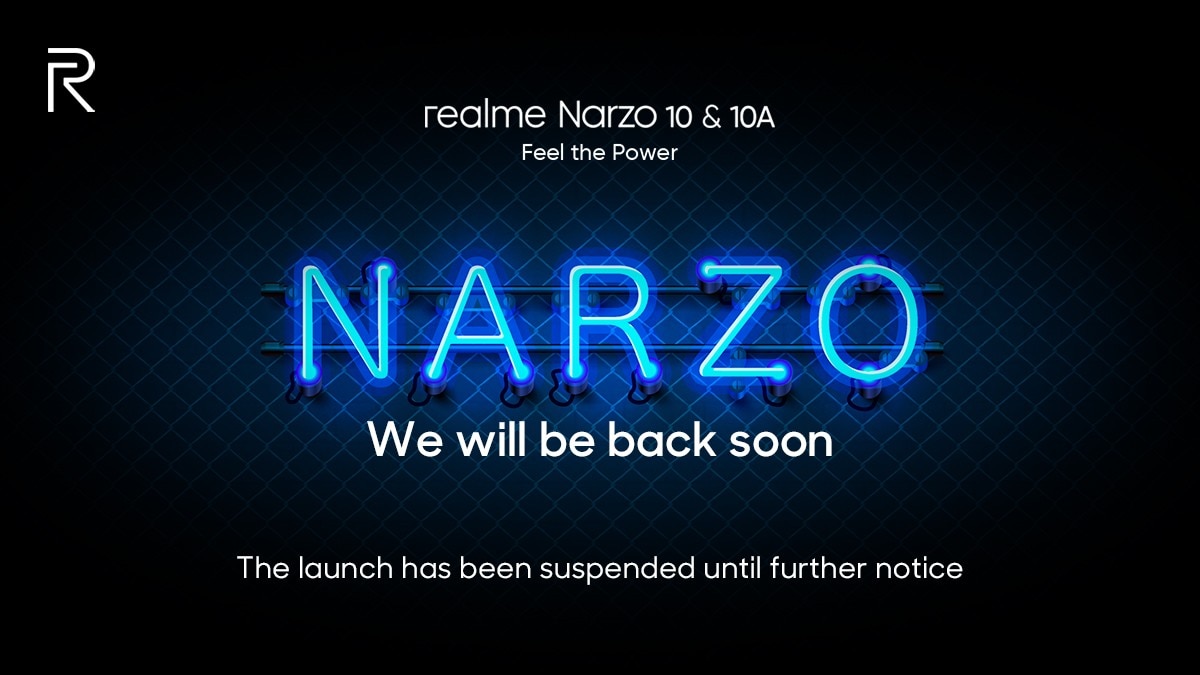 The official Realme Mobiles Twitter handle has shared that the launch of Realme Narzo 10 series has been ‘postponed until further notice’. Of course, the announcement is vague and there is no word regarding a new launch date as of now, thanks in no part to the uncertainty around the lockdown situation. However, we hope to hear from the company once the government allows e-commerce platforms to resume the sale of smartphones and other non-essential items.

Delayed again, but why?

Guys, I know you all have been eagerly waiting for #realmeNarzo series, however due to the latest news of the Government suspending E-commerce for non essentials, we’re postponing the launch until further notice.
May the power of Narzo be with you. pic.twitter.com/8QuSdnNojq

Following the order, Realme noted in a press note that the company was “evaluating the situation and decision about the much-awaited Narzo series” and will make an announcement on April 20. But the government’s U-turn not only casts shadows of uncertainty over the Realme Narzo 10 and Narzo 10A, but also puts the plans of resuming the sale of other Realme phones in jeopardy during the lockdown period.

We have reached out to Realme regarding the delay and will update this copy with any new information as soon as we hear back from them. We’ll also keep you updated once the company makes another announcement regarding the status of Realme Narzo 10 series’ debut in India.