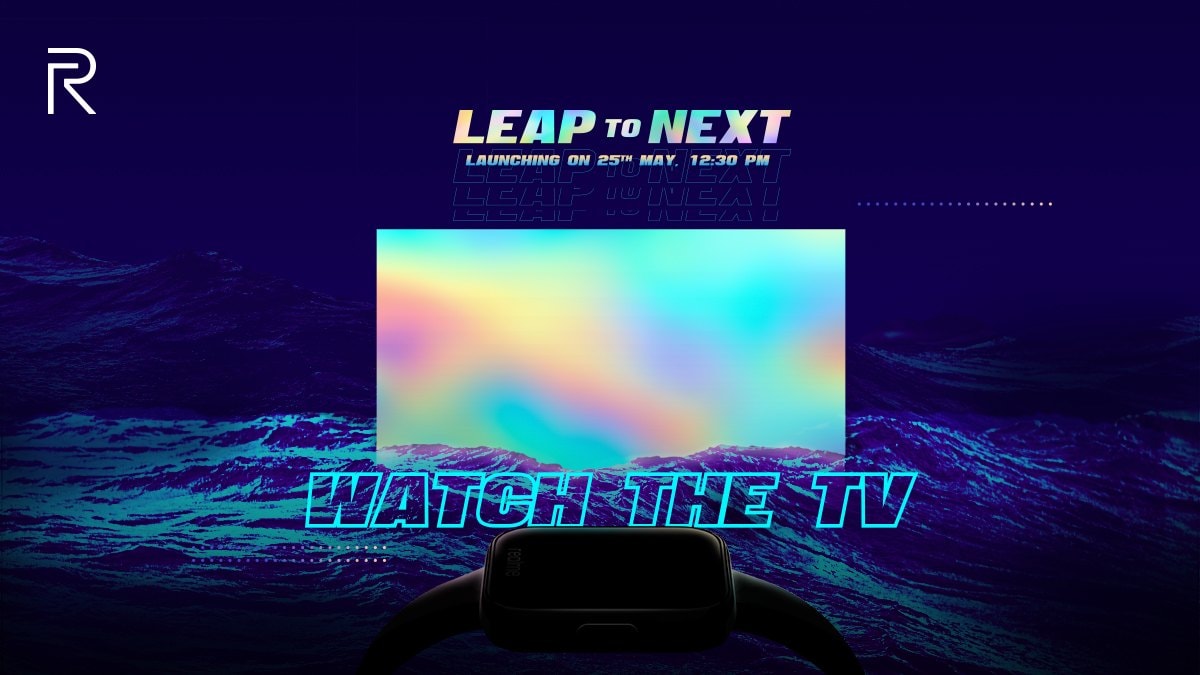 Realme TV and Realme Watch are set to launch in India on May 25 and will join the company’s Smart AIOT ecosystem through an online event. Realme has sent out media invites as well as made an announcement on Twitter for a digital launch event that will be hosted on its social media channels, including YouTube. As of now, the company has not shared details about the specifications for either of the products but there have been multiple leaks about both.

The Realme digital event will be held on May 25 at 12:30pm. It will be streamed on the company’s social media channels including Twitter, Facebook, and YouTube. This event will mark the launch of the Realme TV and Realme Watch. Realme has teased the launch of the TV and watch on Twitter through its Realme Link account as well.

The Realme TV was recently spotted in a leaked image showing the screen size. The image showed the TV in its packaging in a warehouse, with a screen size of 108cm printed on it. This means the Realme TV will be released in at least 43-inch screen size. As per the report, a hazy Netflix logo can also be seen on the box, suggesting that the Realme TV will have official Netflix support. The Android TV and Google Assistant logos were also reportedly present on the box. Additionally, two Realme TV models – 43-inch and 32-inch – were spotted on Bluetooth SIG certification site last month.

As of now, it is unclear what resolution will be offered at the 43-inch screen size. Realme could offer both full-HD (1,920×1,080 pixels) or ultra-HD/4K options.

The launch of the Reame Watch was recently teased by the company with a short video through its Realme Link Twitter handle. The Realme Watch is rumoured to have a 1.4-inch TFT display with 320×320 pixels resolution. It may have a 160mAh battery and offer 24-hour heart rate monitoring. It is said to come with an IP68-certified build and run on a proprietary operating system.