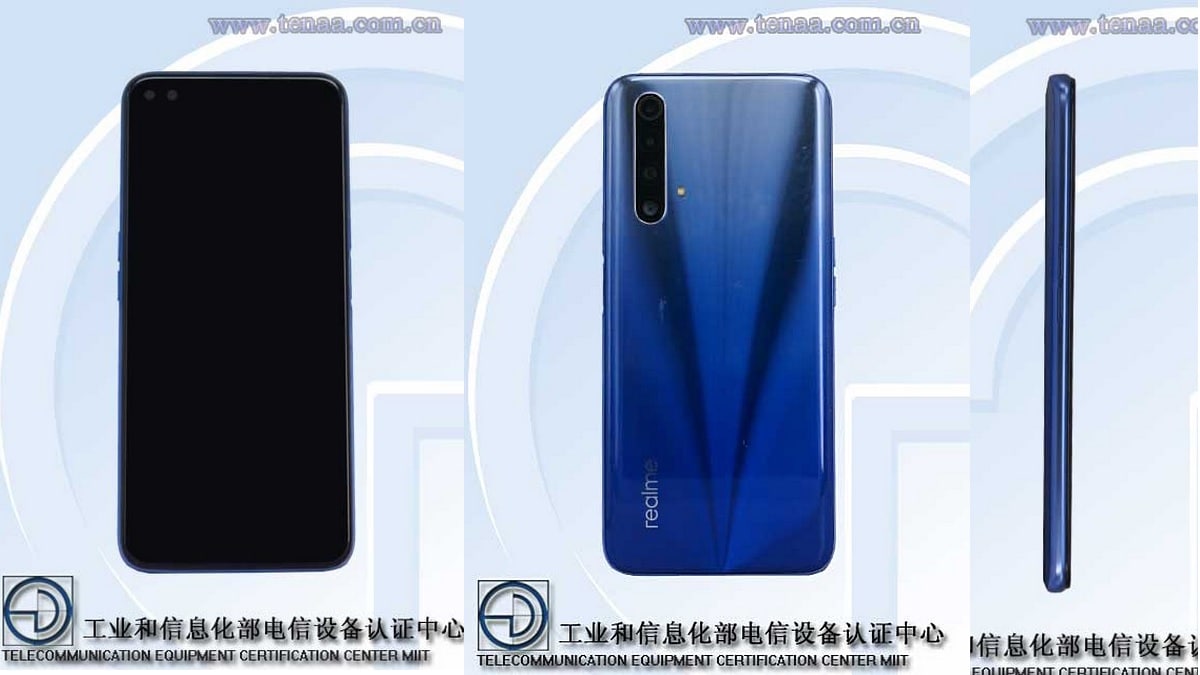 Realme is reportedly working on a follow-up to its Realme X2 series in the form of Realme X3 series. There have been multiple leaks for the Realme X3 phone but no official announcement as of yet. Now, the alleged Realme X3 has been spotted on Chinese regulatory body TENAA’s website with model number RMX2142. Further, the rumoured Realme X50 Youth Edition has been tipped to come with six cameras, just like the Realme X50 but, the configuration seems to have been changed for the Youth Edition.

Talking about the alleged Realme X3, the TENAA listing for the phone with model number RMX2142 shows key specifications that can be expected. The listing suggests that the phone will have three RAM variants namely, 6GB, 8GB, and 12GB with three storage options, 64GB, 128GB, and 256GB. It will have a total of six cameras with four on the back and two on the front. On the back, the configuration for the cameras will be 48-megapixel, 8-megapixel, and two 2-megapixel sensors. On the front, there will be a 16-megapixel sensor and a 2-megapixel sensor. These sensors will be housed in a hole-punch design.

The listing also shows that the Realme X3 will be powered by an octa-core processor with a set of cores clocked at 2.4GHz. The alleged Realme X3 will run Android 10, and will feature 5G, Bluetooth, and LTE connectivity options. The screen will be 6.57-inches (1,080×2,400 pixels). The battery is expected to be 4,100mAh. The TENAA listing also states that the phone will weigh 192 grams and that it will come in two colour options namely, Gray-blue and White. The images on the website show the Gray-blue variant which has a Blue back panel with a ‘V’ shaped design.

Notably, the same screen size, battery capacity, and a few other specifications have been previously leaked as well.