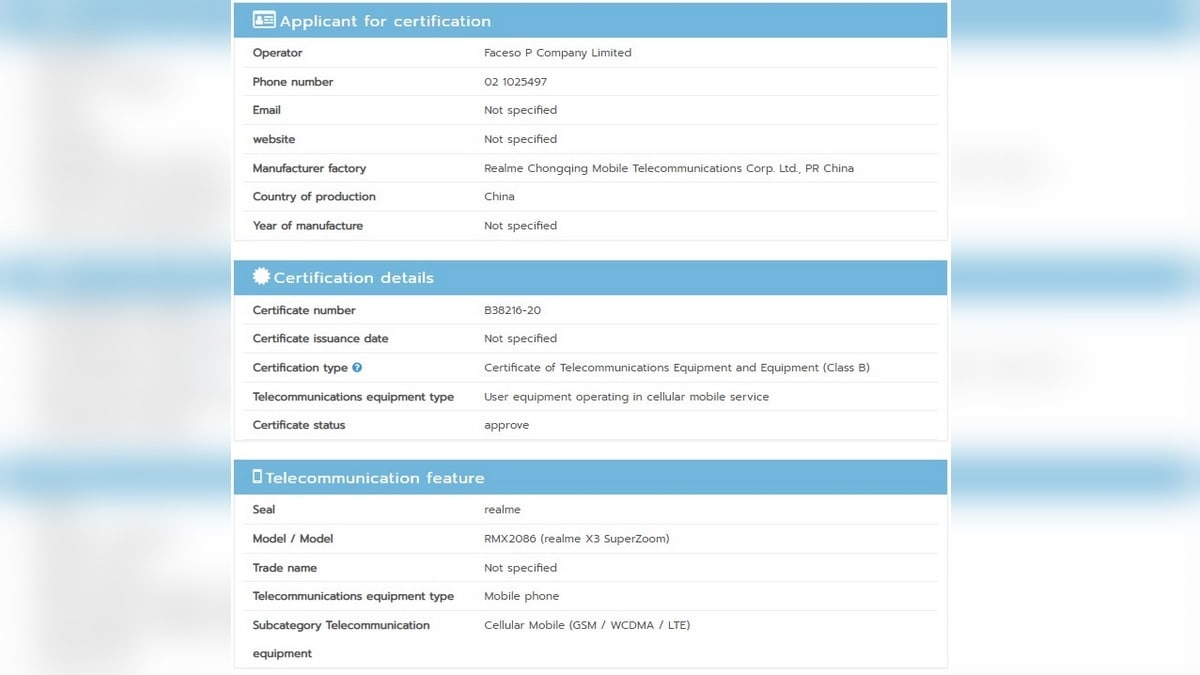 Realme is working on a successor to the Realme X2 series. Earlier, a Realme phone with model number RMX2086 was spotted on Geekbench and it is expected to be a Relame X3-series phone. Now, the same model number has been spotted on Thailand’s NBTC certification website but this time, we have a name attached to the listing. The model number RMX2086 comes with the name Realme X3 SuperZoom, which is expected to be an advanced version of the upcoming Realme X3.

The NBTC certification listing states the model number RMX2086 is for a phone called Realme X3 SuperZoom. The listing does not offer details about the phone, other than the support for LTE. Coming to the Geekbench listing, there are two listings with the same model number. These listings show the phone is powered by an octa-core processor and will come with 12GB of RAM. There is a slight difference in scores as the first listing shows a single-core score of 788 and a multi-core score of 2,624. The second listing shows 792 for single-core and 2,507 for multi-core. Both listings state the phone runs on Android 10.

According to a report by MySmartPrice, the alleged Realme X3 SuperZoom has been spotted on EEC certification website and BIS – Indian certification websites as well with the same model number – RMX2086. Both of those listings don’t include any actual details about the phone.

From the name, Realme X3 SuperZoom, we can assume that the phone will focus on the cameras and presumably have better zoom capabilities than the standard Realme X3. There is no information from the company about the launch of either of these phones.