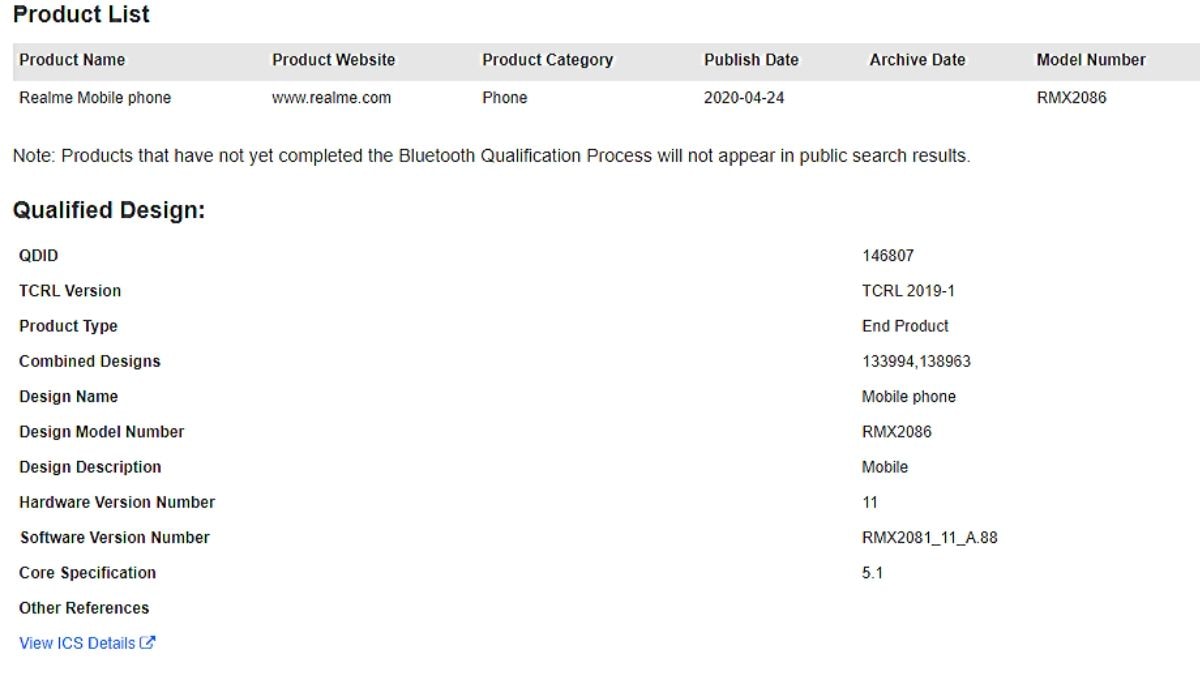 The Bluetooth SIG listing highlights the model number (or the design description in this case) as RMX2086 that was earlier spotted with Realme X3 SuperZoom branding on NBTC certification listing. As mentioned, the listed has also indicated the presence of Bluetooth 5.1 support on the phone.

To recall, the NBTC listing also did not offer any key details about the Realme X3 SuperZoom smartphone, other than revealing that the phone comes with LTE support.

Interestingly, the same model number was spotted on two Geekbench listings. These listings showed the phone is powered by an octa-core processor and will come with 12GB of RAM. Moreover, both the listings claimed that this Realme smartphone runs on Android 10.

If Realme is indeed working on the Realme X3 SuperZoom, we can assume that the phone will focus on cameras. The X3 moniker also suggests that the phone will be part of the rumoured Realme X3 series. Meanwhile, the Realme X3 has been seen in multiple leaks recently. The phone was spotted on TENAA and it is tipped to come with a quad rear camera setup that will include a 48-megapixel main camera, an 8-megapixel secondary sensor, and two 2-megapixel sensors.