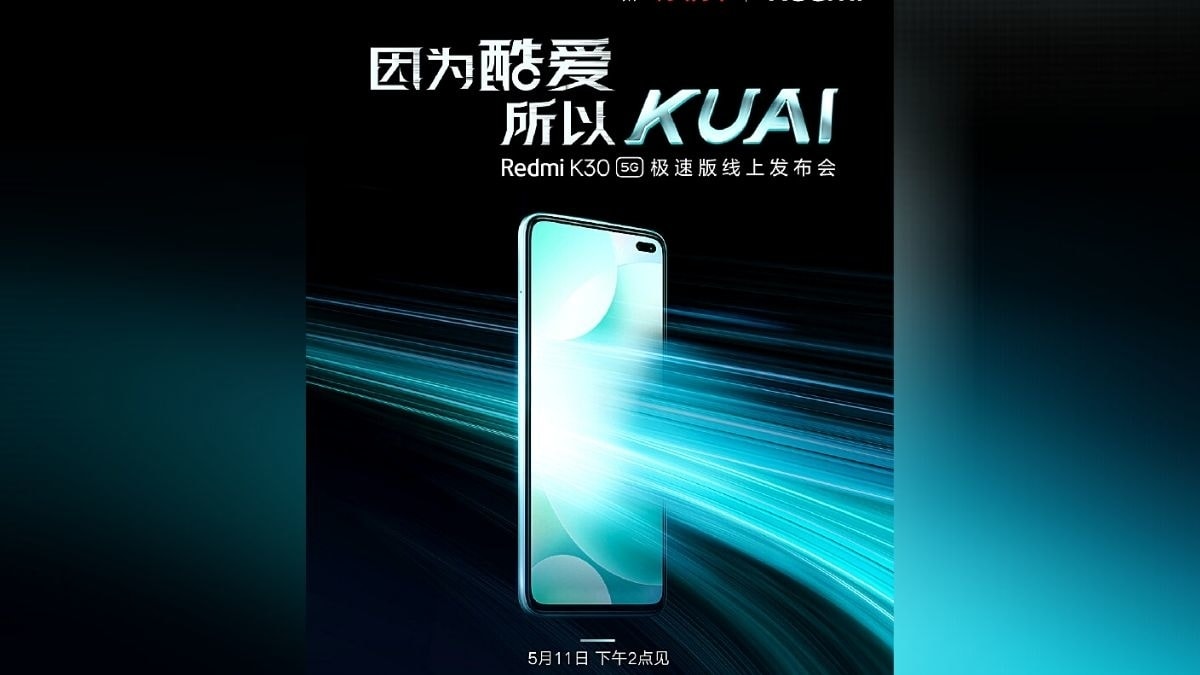 Redmi K30 along with Redmi K30 5G was unveiled by Xiaomi sub-brand Redmi last year in China. The company in March this year then launched the Pro variant of the phone along with Redmi K30 Pro 5G Zoom Edition. Now, Redmi via its Weibo account has confirmed that there will be another addition to the K30 family, namely Redmi K30 5G Speed Edition. Redmi also revealed that the phone will be launched in China on May 11. Meanwhile, the phone is listed on an e-retail website where some of the key specifications including quad rear cameras and 6GB RAM were highlighted. The website did not reveal the price of Redmi K30 5G Speed Edition.

Moreover, it was also revealed that the launch of Redmi K30 5G Speed Edition will take place on May 11. The phone was further listed on Chinese e-retail website JD.com.

On the website, it was revealed that the dual-SIM Redmi K30 5G Speed Edition features a 6.67-inch display with 120Hz refresh rate. It was stated that the phone is powered by a Qualcomm processor coupled with 6GB RAM and 128GB inbuilt storage. The website also revealed that the Redmi K30 5G Speed Edition will pack quad rear cameras. According to the website, the quad rear camera setup includes an 8-megapixel secondary camera and a 5-megapixel tertiary camera. The details about the primary and the fourth cameras were not revealed.