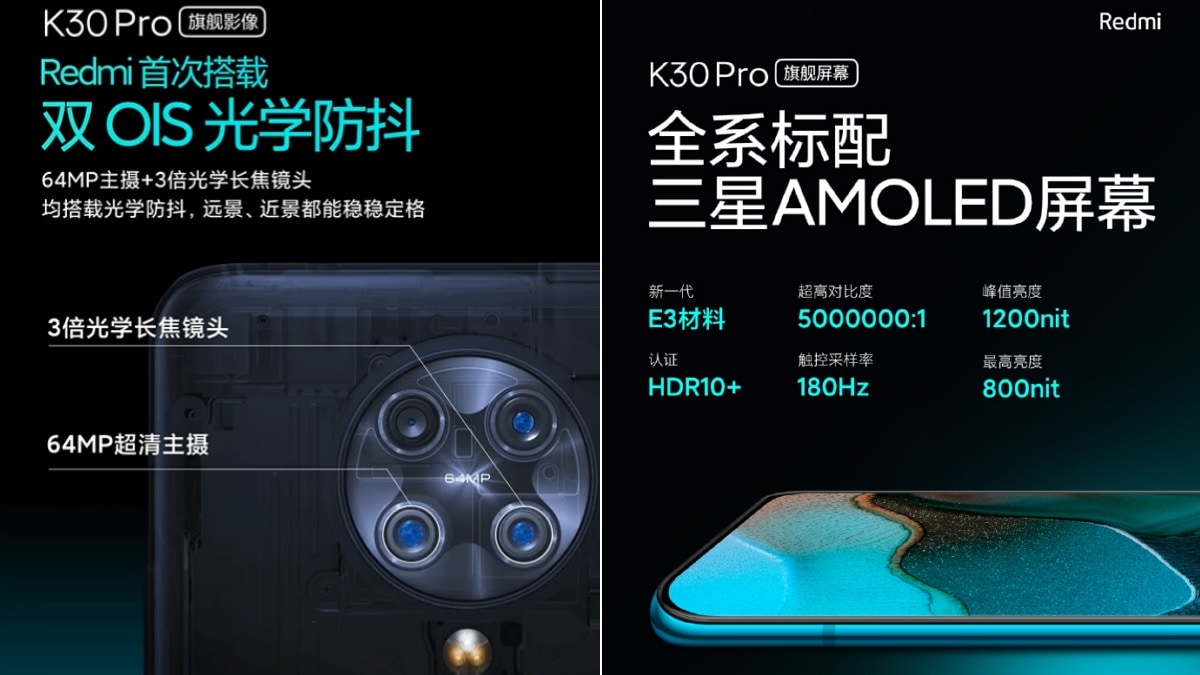 Redmi K30 Pro will break cover on March 24 in China, and has been tipped to debut as the most affordable Snapdragon 865 phone in the market. Well, it appears that the Redmi K30 Pro will indeed hold that distinction. The upcoming phone was recently listed on an online marketplace in China with a CNY 3,299 (roughly Rs. 33,000) price tag. Additionally, the Xiaomi sub-brand has also revealed a host of other features such as a 64-megapixel main camera, dual OIS support, and HD10+ Super AMOLED display with DC Dimming and 1200 nits of peak brightness among others.

Starting with the price, multiple users have shared screenshots of the Redmi K30 Pro’s listing on Suning, and it clearly shows the phone’s CNY 3,299 (roughly Rs. 33,000) asking price. However, the price has since been removed but the listing is still live. More importantly, that figure places the Redmi K30 Pro below the Realme X50 Pro 5G in China in terms of pricing and makes it the cheapest Snapdragon 865-powered phone for buyers. Interestingly, the listing price of the upcoming phone also falls in line with what previous leaks have tipped.

Coming to the official teasers, there are some big ones. In a separate teaser, Xiaomi has also revealed that the Redmi K30 Pro will feature Sony’s 64-megapixel IMX686 sensor. The sensor is 1/1.7-inch in size and performs 4-in-1 pixel binning to create a larger 1.6-micron pixel for delivering sharper photos.

The company has also announced that the Redmi K30 Pro will come with dual OIS (Optical Image Stabilisation) technology for stabilisation. The 64-megapixel main camera, as well as the telephoto lens, will be optically stabilised, ensuring that users get blur-free photos even when while zooming in. 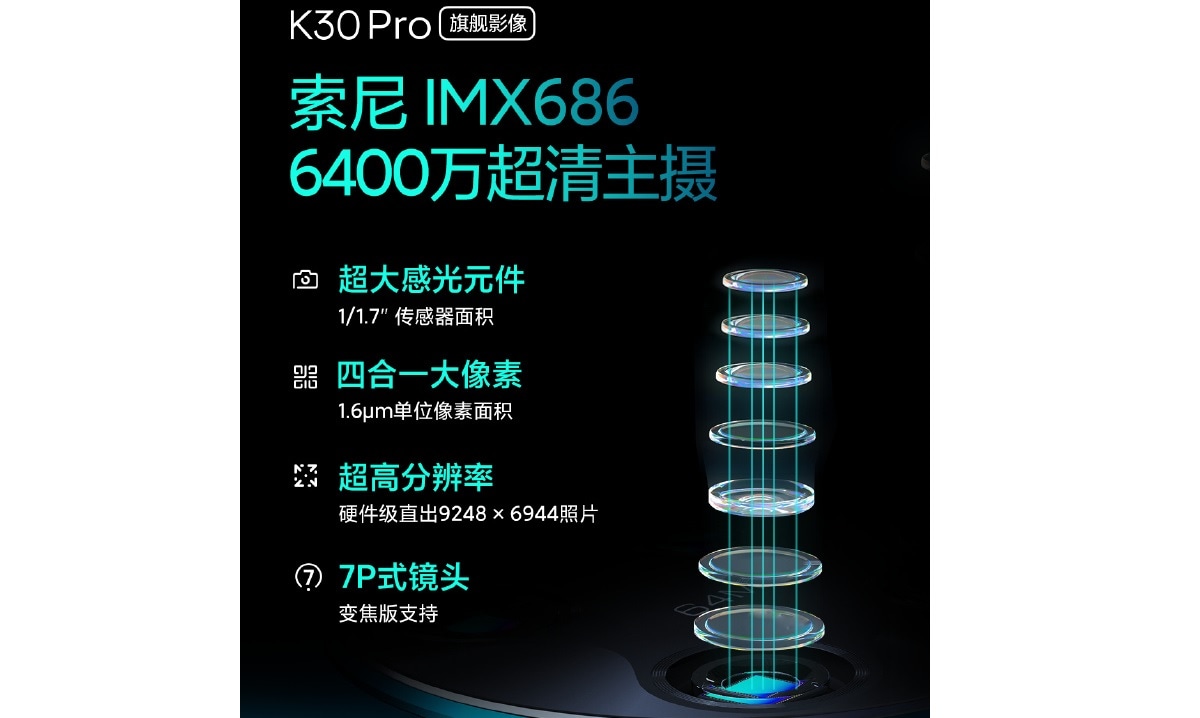 The teaser also mentioned that the telephoto lens on Redmi K30 Pro will offer 3X optical zoom output, which is definitely impressive given the phone’s pricing. EIS (Electronic Image Stabilisation) is also on board, with another teaser revealing that OIS and EIS will work in tandem during video capture to negate movements and deliver stable footage. Moreover, Micron has been confirmed to supply LPDDR5 RAM modules for the Redmi K30 Pro.

Coming to the display part, the official Redmi account has revealed that it will be a Super AMOLED panel supplied by Samsung. Redmi K30 Pro will sport an HDR10+ display with a peak brightness of 1200 nits, 5000000:1 contrast ratio, and a touch sampling rate of 180Hz. Moreover, the display comes with TUV Rheinland certification for protection against blue light exposure, and there is support for native DC Dimming as well.

Another neat touch is customisable lighting for the pop-up camera module. Just like the Redmi K20 Pro, its successor also sports a pop-up camera that lights up, but there’s one major difference. Redmi K30 Pro users will have the option to select between a total of five colours that include blue, red, and green among others.