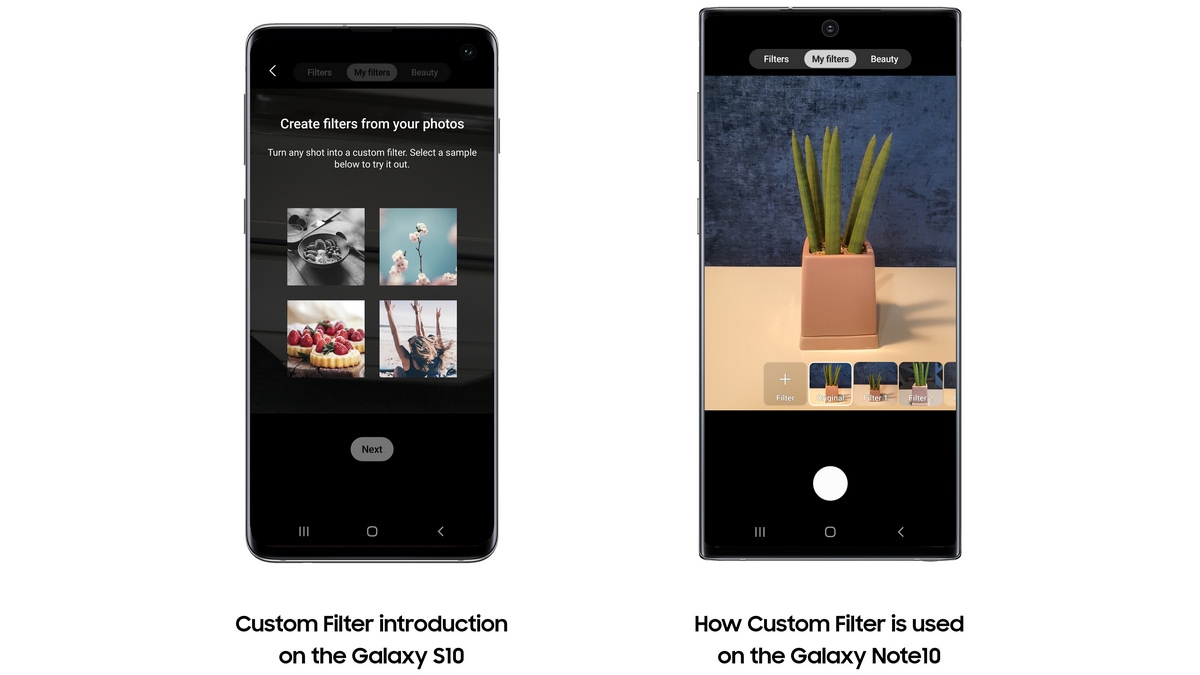 Samsung has announced it will be bringing new and innovative features from its Galaxy S20 series to the Galaxy S10 series and Galaxy Note 10 series. These features mainly focus on camera improvements including features like Single Take, Night Hyperlapse, and others. Samsung also added that upcoming software updates will bring these features to the older phones, along with several software enhancements to improve the “entire Galaxy experience.” Some of the other updates include improvements to the Gallery app and easy sharing abilities.

Custom Filter, which allows users to create their own filter with colours and styles that they like, will be added as well on both the Galaxy S10 series and Galaxy Note 10 series. Samsung is also bringing Pro Video to both phone series.

Talking about the changes to the Gallery app, the ‘Clean View’ feature will make its way to both Galaxy S10 series and Galaxy Note 10 series. It automatically makes a group of similar shots of the same subject. The ‘Quick Crop’ option will also be added to the Gallery app.

Samsung did not specify when these updates will come to the Galaxy S10 series or Galaxy Note 10 series but, this does come as good news for users of these phones.